By DAN BILAWSKY
December 23, 2013
Sign in to view read count 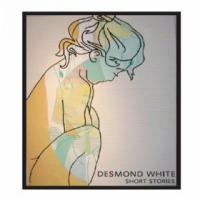 Size and substance are not reflective of one another. Some people mistakenly assume that grand-scale productions automatically deserve grand-scale receptions and small- scale artistry deserves to exist on the fringe. That makes about as much sense as holding a belief that novels, by their very nature, are of greater importance than short stories, but some people foolishly see it that way. They miss the point that it's the quality of the work, be it written, aural, or otherwise, that matters most; Desmond White gets that.

White, a bassist/guitarist/vocalist who hails from Perth, Western Australia and resides in the Big Apple, is firmly ensconced in the New York jazz scene, but calling him a jazz musician would be a mistake. Sure, he's lived up to that tag by playing with everybody from drummer Ari Hoenig to guitarist Gilad Hekselman to vocalist Nicky Schrire but, like the last artist on that list, he often finds inspiration in areas that are outside of jazz; jazz, as a matter-of-fact, has less to do with White's Short Stories than folk, rock, emo and any number of other sub-genres, if such things truly exist.

Much of the material that White presents on Short Stories comes out like a cross between the music of Jeremy Enigk, Elliott Smith, The Shins and Nick Drake; it's modernly folk-like and entrancing, polished-yet-vulnerable, and emotive- yet-grounded. Tracks like "Dancer," "Brown Leaves" and "Green Card" speak to White's ability to tell stories in a manner that's both relaxed and gripping. His guitar and voice are the focal point on the album but he's not looking to be the center of attention at all times. He takes detours in a few places, exploring other avenues and inviting some of his talented friends to take center stage. Pianist Fabian Almazan, for one, steals the show with his blooming piano solo on "Haruki I," and vocalist Gian Slater is ever-hypnotic during her lone guest spot on "Blue Tunnel."

White often hits the bull's-eye regardless of where he's aiming, but it should be noted that his aim isn't perfect. "Interlude," for example, seems superfluous and "Haruki II" is a bit too repetitive in certain respects, but White hits the mark everywhere else. Who needs musical novels and novellas when you've got short stories like these?