By WOODROW WILKINS
November 1, 2010
Sign in to view read count 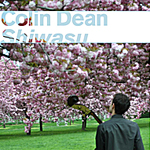 "It's so relaxing," says the person introduced to a type of jazz found to be pleasing, palatable—and inoffensive. The challenge for an artist is to create ambient music that can be accepted by those unfamiliar with jazz, without putting others to sleep. Acoustic bassist Colin Dean makes it happen with Shiwasu.

Dean was born on Long Island, New York. A student of New School for Jazz and Contemporary Music, he earned a bachelor of fine arts degree in performance in 2006. He has opened for such artists as Snoop Dogg and MC Lyte.

"Bardo" begins softly, with Dean and pianist Rachel Z. supplemented by drummer Colin Stranahan's light cymbals play. Sean Nowell's tenor sax comes in for a bit, as the tone gradually picks up. After a brief bass lead, the tenor takes point and ratchets up the energy. The band engages in a stop-time sequence before Nowell lets loose. Dean, Stranahan and Rachel Z perform an interlude during which it's not clear which instrument—if any—has the lead. One moment, it seems like the piano; another, it could be the bass or drums.

"Akasha" possesses a moderate groove. The tenor leads, aided largely by a mix of rim shots and snare. The piano stretches out on the middle solo. Nowell follows, making the sax wail during key phrases. The background intensity also picks up.

Shiwasu blends traditional jazz with elements of hip-hop, world music and other styles. Five of the seven tracks were written by Dean. The others are new interpretations of "My Romance" by Rodgers and Hart, and "My Ship" by Kurt Weill and Ira Gerswhin.