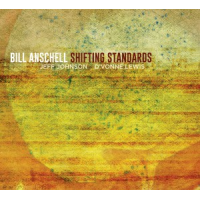 The uber talented Lewis, a fourth generation Seattle musician, is a perfect reactionary participant, gathering the energy tossed about by the unbridled melodicism of Anschell and the absolutely unique and identifiable sound of Johnson. The music communicates a joy and contentment between the three that pulls the listener in, seeking the same.