I now really understand that music is to minister to people, to heal them and make them feel better! 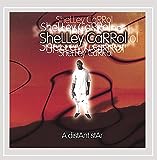 On this night, she requested that Shelley play her favorite tune that he plays. Amongst the reverberated shouts of 'yeah', she leans over to a companion to remark, 'that's so sexy'! Carrol plays in sub tones and drains every bit of emotion out of the horn as he whispers 'My Funny Valentine'. As the music plays on, any listener soon feels as if Shelley was playing their personal request.

At first glance, Carrol looks like any other cat just wanting to play a little music. But once he sinks into the sound, you realize all at once that this is not just the average saxophonist. How could he be? After all, much of his jazz training came from the likes of Arnett Cobb and Don Wilkins, two of the legendary 'Texas Tenors' who just happened to live in his neighborhood. When asked about his experiences with the legends, his eyes light up and he speaks with a fondness of a son speaking about his father. 'I really learned how to get all the emotion out of the horn by listening to those old cats play in the club', says Carrol.

Growing up in a family full of musicians, Carrol began his formal music training as a member of the Boys Choir of Houston. Soon after learning to pick out tunes on the church piano, he joined his school's band. Because they ran out of saxophones, he turned to playing oboe and stuck with it for 10 years. He attended the High School of Performing and Visual Arts in Houston, Texas where he had the pleasure of sitting under the direction of the schools then band director, trambonist/educator/band leader Frank 'Kuumba' Lacy. He also spent his summers in Houston's Summer Jazz Workshops. Carrol then received a scholarship as a Jazz Singer to University of North Texas' (then North Texas State University) famed Jazz program and earned a place in the One o'clock Jazz Band as a saxophonist. After his second year at UNT, he earned a spot in the Duke Ellington Orchestra. This afforded him the opportunity to play with legends like Sarah Vaughn, Tony Williams, John Faddis, and Ernie Andrews as well as contemporaries like Roy Hargrove. All of which, without a doubt, have made a major impact on his playing. Since finishing his education, he continues to record and tour with the Duke Ellington Orchestra, finds time for clinics, private lessons and master classes and even a stint with rockers Pink Floyd. Carrol has also spent time as an assistant band director and teacher at Dallas' prestigious Booker T. Washington High School for the Performing and Visual Arts.

Though much accomplished, Carrol isn't satisfied with his present success. He continues to focus on his craft and grow to become the best musician he can be. At the end of March, he will be in the studio with a book full of original compositions for a big band project he is working on. He is experimenting with funk-jazz and smooth jazz arrangements for recording, and also working toward doing a vocal jazz record.

Carrol spends his nights gigging all around the Dallas metroplex area at restaurants, wedding receptions, makeshift jazz clubs, jam sessions and music festivals. His first love is straight ahead jazz. When asked, Carrol finds it difficult to put into words how disappointing it can be not always having the venues and/or audiences available to play what he loves. He speaks of having to be 'self-motivated' to find places to play. But he sees the silver lining and speaks about it with ease, 'I just see it as giving me the means and opportunity to do all the things I want to do'.

Shelley Carrol, without a doubt, is a music lover! It's evident in his performances and in his listening habits. Currently, his car's CD changer is spinning Arnett Cobb, Nat Cole, Eddie 'Lockjaw' Davis, Eddie Jefferson and the saxophonist he most emulates, Branford Marsalis. Also, as research for his funk/jazz experiments he has been spending time listening to legendary funk/rock star, Curtis Mayfield. While listening to Mayfield, Carrol received an epiphany of sorts. 'While listening to Curtis, I now really understand that music is to minister to people, to heal them and make them feel better! Now that's, what I want to do with mine''

A Distant Star, is Carrol's sophomore effort as a bandleader. It is an awesome display of his talents as a musician, writer and arranger. Not only does he show deftness of technique playing both tenor saxophone and flute, he also shows the astute ability to interpret arrangements by the likes of Joe Henderson, Duke Ellington and Joe Sample. He uses a contemporary approach to the music without discrediting its tradition and style. Carrol's playing is true to his roots and breeding in the 'Texas Tenor' traditions. His sound can be big and percussive as well as soft and emotional. Carrol says that his mother told him, 'Play like it's the last time you will ever play. Sometimes I remember that, sometimes I don't.' It is evident on this recording that he remembered.

'As I Go' is the only original piece on this document. Carrol takes the opportunity to wield his flute playing. This mid-tempo groove is one of the standout pieces on this recording. His breathy style reminds you of a melodic wind song. 'No One Has to Know', is a ballad penned by bassist and collaborator Curtis Lundy. Here is an example Carrol's ability to drain all the emotion from his horn and make you fell something different every time you listen to the song.

Every song on this particular recording and every time this writer has heard Carrol play is a testament to his commitment to minister to people with his music. Carrol has the ability plus the drive to push his agenda. His star is shining brighter and getting closer with every note he plays.