By GLENN ASTARITA
July 6, 2009
Sign in to view read count 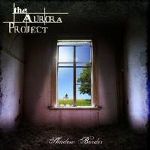 The band members of The Aurora Project started playing as a jamband during the '90s in their native Holland. Shadow Border is the group's second album, following several years of performing at European progressive rock festivals. This studio outing provides a bit of credence to the musicians' extensive affiliations as an entity. With memorable hooks embedded in strong compositions, this unit conveys noticeable synergy. And it's not all about technical calisthenics, although the soloists let it rip, largely during the mid-sections of these irrefutably amicable works.

The artists integrate a touch of metal and hard rock into the big picture amid the guitarists' driving crunch chords and Rob Krijgsman's deep bass grooves. However, front man Dennis Binnekade projects a significant presence via his crystalline lead vocals, often shaded with a touch of reverb. Unlike many rock vocalists, Binnekade renders the lyrics with clear diction and instills a commanding stature throughout many of the stately themes and keyboardist Marcel Guyt's ethereal treatments.

Hallowing voice overlays and grinding rock motifs radiate the catchy hooks and phantasmagorical implications on the endearing piece "Another Dream," which features a touch of '70s style Genesis via the phased-out voice parts. Yet the band's magnum opus is the seventeen-minute title track, where it stretches out within harmonious passages designed upon interweaving mini-themes that interconnect, much like a lengthy suite. No frills or novel concepts, but it's music with staying power and a recording that stands tall in the congested prog rock genre.

Human Gateway; The Trial; Photonic Reunion; The Confession; Another Dream; Within the Realms; Shadow Border.

About The Aurora Project