By DOUG COLLETTE
November 17, 2018
Sign in to view read count
Teeming as it is with diversity on so many fronts, it is altogether surprising the Burlington Vermont music scene suffers from a distinct lack of rock and roll. Perhaps it's the self-consciously hip factor often afflicting the community, but the likes of the Seth Yacovone Band and Radio Underground exist as something approaching an endangered species (perpetual punks Rough Francis notwithstanding) —that is, if it weren't for the regular cycle of live performances and recordings offered by the principals in both bands. Homegrown recordings both, The SYB's sophomore effort, as with RU's debut LP, document the growth each has nurtured over the years and, at the same time, offers some glimpses into avenues of stylistic expansion both bands can pursue. Following such fruitful evolution is one of the most satisfying experiences derived from following local music 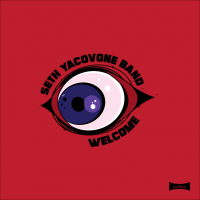 The Seth Yacovone Band's second studio album caps a prolific creative run for the peripatetic leader of the trio, at least for now. Shortly after the threesome released its initial long-player, Shovel Down (Self-produced, 2016), the native Vermont guitarist/songwriter/singer issued a collection of unreleased original material from one of his weekly solo acoustic shows at the legendary Nectar's venue. The sophomore SYB record is something of a mirror image to its predecessor, which was ostensibly (and rightfully) designed to demonstrate the collective chops of trio. This followup documents more direct expression through original material both personal ("Doing What I Was Born to Do") and topical ("We're Letting the Rivers Run Dry"), composed over the course of three years, then recorded in November of last year. While only the closing cut, "Sleaze," exceeds the approximately five minute duration of all the other tracks, on Welcome guitarist/vocalist Yacovone, bassist/vocalist Alex Budney and drummer/vocalist Steve Hadeka nevertheless demonstrate a collective restraint as a unit, a virtue as important if not more so than many of its other good qualities, including the studio expertise revealed by the layering of acoustic and electric guitars on "Can The Call Go Through." 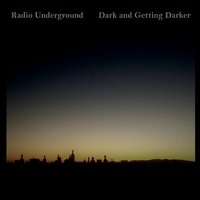 Radio Underground
Dark and Getting Darker
Self Produced
2018

The vivid dusk skyline pictured on the cover of Radio Underground's Dark And Getting Darker may further the somewhat ominous implications of title, but it's an impression largely belied through the bracing rock and roll inside. After some months of songwriting and pre-production, the Vermont quartet ensconced itself in the studio, where engineer Bennett Shapiro captured a distinct sonic clarity. Anyone who's seen the band live may be somewhat taken aback by the derivative flashes here, in the form of direct comparisons to early Dire Straits ("Johnny Bronco"), a young U2 ("Hold On") and Bruce Springsteen in general. But the latter soundalike arrives mostly in the form of the lead vocals which could stand more harmony support. "Palace of Tears" would truly soar with some singing to accompany titular leader/chief composer Artie Lavigne's. An additional voice, similar perhaps to that of Cooie DeFrancesco (as displayed on "California Dreaming" which might better have been shortened in duration) would also offset a certain sameness of material and arrangement here, and an acoustic number (or two), perhaps featuring piano or another keyboard, would work wonders to improve the lasting impression of the nine cuts comprising Dark and Getting Darker.

Tracks: Welcome; The Weary Oar; Dream Another Dream to Dream; Doing What I Was Born to Do; Be Yourself; Can the Call Go Through; We're Letting the Rivers Run Dry; A Chance I Still See; Sleaze.

Dark and Getting Darker