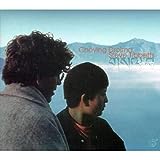 Like Chö, the first collaboration between Chöying Drolma and Steve Tibbetts (in 1997), Selwa honors the sacred music of North and South Asia and delivers a profound example of the modern music world as a global village. It showcases recordings of Buddhist nun Chöying Drolma made by percussionist Marc Anderson and guitarist Steve Tibbetts, both from Minnesota, at a Tibetan Buddhist enclave in the Himalayan country of Nepal. Anderson and Tibbetts returned to Minnesota to huddle with Lee Townsend, producer for such star guitarists as Bill Frisell, Pat Metheny, John Scofield, Charlie Hunter, John Abercrombie, and the guitar ensemble T.J. Kirk. The three then wove enchanted percussion and guitar instrumentation around Drolma's chanted prayers and supplications.

Townsend's help proves no small touch. His multi-tracking the vocals in "Song of Realization" makes them seem to intertwine, to strive onward and upward like mythical vines growing toward the sun. Resonant echo on her voice makes "Yumchen Tukar" feel even more reverent.

Selwa is ethereal, evocative, and breathtakingly beautiful. Tibbetts and Anderson seem to intuitively understand how to accompany Drolma's voice, building in "Paiden Rangjung," for example, a mountain of percussion and guitar from which Drolma's vocal steps right off the crest into pure nothing.

The spacious instrumental introduction to "Mandala Offering," where guitar waterfalls splash against thumping percussion and shimmering cymbals—appearing, disappearing, then reappearing—is beautiful and inscrutable, pastoral Pat Metheny taken to the abstract. Tibbetts and Anderson also somehow intuit the ebbs and flows of the centerpiece "Song of Realization." Drolma completely dissolves herself in this hymn to the point where you cannot distinguish between singer and song.

"Vakritunda" is the most rhythmically active piece, with Drolma's phrasing sometimes suggesting a Middle Eastern dervish and Tibbetts moaning the blues—perhaps in different tones, but with the familiar spirit of blue heartache. Drolma's voice soars and floats through "Chenrezi" and "Chendren" as the very picture of a white dove in a pure blue sky, and there's no more fitting way to end this set than the unaccompanied vocal "Je Loma"—alone with that voice in the hallowed chapel of her soul.

Listening to Selwa always makes me feel so quiet and still. And very, very small.