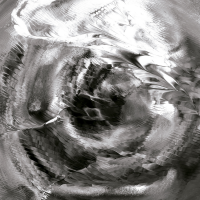 Norwegian multi-reedist/composer Frode Gjerstad has been active in free jazz and avant-garde music across five decades. Among his collaborators are Paal Nilssen-Love, Peter Brötzmann, Evan Parker, Derek Bailey, William Parker, Sabir Mateen and Johnny Dyani. Gjerstad has toured and played festivals extensively, in Europe and North America, and composed commissioned work for the historic Moldejazz festival. For Season of Sadness he is teamed with long-time associate and cellist Fred Lonberg-Holm and celebrated pianist Matthew Shipp.

A staple of the Chicago underground jazz scene, Lonberg-Holm has played in Chico Hamilton led groups, the Joe McPhee Trio, the Peter Brötzmann Chicago Tentet, and has been a member of Ken Vandermark's Vandermark 5. Leading his own trio, he creates music across an extended vista, equally at home with traditional music and gauzy abstraction, treating different styles with consistently unorthodox approaches. Shipp has often been compared to Cecil Taylor but that assessment over-simplifies the artist's palette. However, much of Shipp's playing on Season of Sadness lends weight to the Taylor value judgment. Shipp is provocative here; dropping tone-cluster bombs and raining down torrents of notes as if possessed in the moment. Like Gjerstad, he easily shifts into segments that will reflect empathy on a palatable, but still visceral level.

For all the emotional weight carried by the album's title, much of the music falls somewhere between anti-art and nihilism, almost all real-time improvisations, beyond a commonly shared description. "Part 1" is a shambolic blueprint for the eight-part suite; initially, there is little indication that the trio is working toward a common goal, or that such a goal is viable. That challenge is the entire point. "Part 3" sets the stage for future episodes of atonal freedom, interwoven with brief melodic incidents. Here and there we hear something recognizable: "Part 4" drops in a hint of the blues, and "Part 6," a classical tinge. The infrequent references to convention are presented as distorted variations of familiar forms.

In Season of Sadness, messages are hidden like codes; listen repeatedly and carefully and you see this suite in a different light. Sadness can be conveyed in different ways: Gjerstad flirting with the instability of chaos, the portentous darkness of Shipp's chords, or Lonberg-Holm's searching, distressed melancholy. If there's a potential Achilles' heel in Season of Sadness, it is in one's tolerance for music of a certain pitch. When Lonberg-Holm and Gjerstad spend simultaneous periods in the upper register, without melody or an anchor, it can feel like an endurance test for all involved. But Gjerstad, Shipp, and Lonberg-Holm aren't trying to make the listener comfortable. They are calling attention to the world in disorder. They are breathing fire, and the smoke is barely concealing something perilous.