By DOUG COLLETTE
November 3, 2018
Sign in to view read count
As the legacy of The Allman Brothers Band looms ever larger with the passing years, those musicians outside the nucleus of the seminal Southern rock/blues band are building upon their early contributions to the group, plus their own prior work, in so doing elevating their profiles proportionately. Take Jack Pearson, for instance, whose stint with ABB from 1997 to 1999 is often overshadowed by Derek Trucks who assumed the guitar position upon Pearson's departure (Jack also participated in the short-lived Les Brers band with brothers Butch Trucks, Jaimoe, et.al.,). Or Scott Sharrard who assumed the role of bandleader for the late Gregg Allman's final solo lineup even as his skills as a guitarist were growing at an exponential rate. It only stands to reason these two consummate musicians would continue their careers with music as authentic and well-crafted as that by which they first gained recognition: their pedigree preceded them and continues apace. 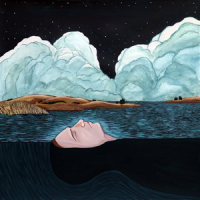 Produced by Sharrard with Scott Bomar and Charles Martinez, the Saving Grace sessions took place in Memphis and at the historic FAME Studios in Muscle Shoals, Alabama, half the album featuring the Hi Rhythm Section, the other renowned Muscle Shoals musicians. It's no surprise Scott shines as an instrumentalist in the midst of all this tasty (and tasteful) musicianship, his lead vocals excel as well; of course, in recent years, he's had an excellent role model on which to base the soulful style he offers on "The High Cost of Loving You," among others. But the mix of acoustic guitars with electric slide and the prominence of percussion along with female background vocals, lies right in line with the hallowed history of Sharrard's accompanists. The crowning touch, however, may very well be Taj Mahal's guest appearance on "Everything A Good Man Needs," Gregg Allman's last known original composition. 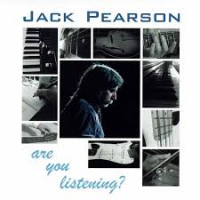 Just as Scott Sharrard aims to replicate a familiar r&b/soul sound with his fifth album, so does Jack Pearson with Are You Listening?, albeit in a much more stripped-down DIY approach. The fifteen tracks feature him on all instruments, aided and abetted, reasonably enough, by various complements of background vocalists, The honest soul in Jack's own voice distinguishes his own singing and, in that respect, as well as the arrangements and, to a lesser extent, the all original material, he offers earnest homage to a classic style. The inclusion of an acoustic-based track like "Just Believe" helps songs such as "It's All About Love" stand out in even sharper relief, not to mention provide pacing to an album that runs longer than an hour in duration. And, as on, "Good Sugar," Pearson's guitar playing, with and without slide, is impeccable throughout a record he produced, recorded and mixed himself. 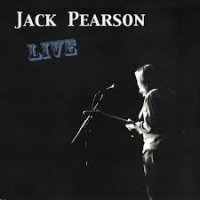 Recorded during live performances in Nashville, this three-piece lineup isn't that far removed from jack Pearson's studio album except that, most importantly, half a dozen of the fourteen performances here extend past the ten-minute mark. "As The Years Go Passing By" actually runs 17:03 and because there's no lack of direction for its slow blues duration, the performance transcends both direct influences and in turn, corresponds to the program as a whole, comprised largely of originals (only one song of which overlaps with its companion piece). there are two instrumentals included among the three covers, the most notable of which is the ideally-designated closing, Gregg Allman's "Please Call Home:" from the Allman Brothers Band's second studio album Idlewild South (Capricorn, 1970): it serves as punctuation to a set of recordings whereby (among other notable attributes), Jack Pearson clearly and completely posits himself as guitarist nonpareil.

Tracks: It's All About Love;The Truth; Good Sugar; Who Does That; Just Believe; What Did I Do; Play Me; Are You Listening?; I Thought Love Passed Me By; Right Where We Belong; We Can All Make A Difference; You Have My Love; Going For The Gold; I'm Gonna Be Alright; Just Believe.