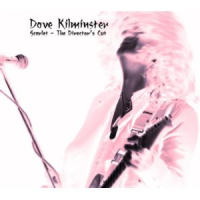 Kilminster rocks out on the driving, "Big Blue." Accentuated with howling guitar licks and emphatic vocal choruses, and tinted with a slight rasp, he charts a goodtime and radio-friendly vibe with an anthem-like impetus. Not overstated yet kinetic in scope, the artist showcases his pop persuasions to contrast a disparate track mix. Kilminster also overlays keys to complement his polytonal guitar phrasings and the rhythm section's rousing cadences on select pieces. It's quite apparent that Kilminster possesses the goods to share the stage with many of rock's elite.