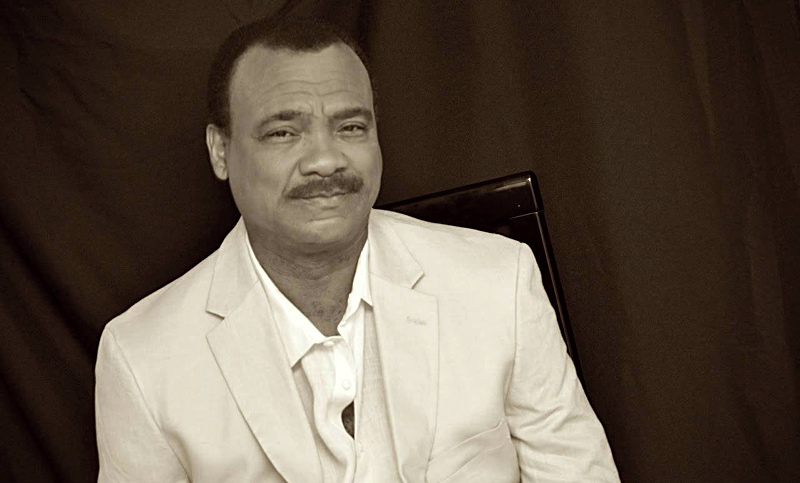 By BELINDA WARE
September 14, 2017
Sign in to view read count

Listening to artists like Joe Sample, the Jazz Crusaders, Wilton Felder, Wayne Henderson and others inspired my personal direction in terms of my style as a musician.
—Ronnie Laws

Ronnie Laws is a passionate musician who finds joy in discovering new music in moments of reflection or jamming with his peers. When it comes to creating new music, he makes it a point to test new ideas exploring dimensions of fusing jazz with modern R&B while staying true to his signature sound.

Laws' journey of musical discovery began to take shape during the time he started playing saxophone with the Jazz Crusaders, Hugh Masakela and super group Earth, Wind & Fire. Over time, Laws established his own personal style of fusing the integral roots of jazz, soul and funk that can be heard distinctly in his powerful solos throughout his discography.

Laws recently completed a collection of songs that illustrates his mastery of bringing funk to the table blending it with smooth jazz. Illustrating his ability to create dynamic instrumental music along with his own soulful lead vocals, Laws as singer and instrumentalist is most proud of this release and illustrates Laws' versatility in various aspects as a saxophonist, vocalist, arranger and writer.

Laws put together a select team of specialty players to create this unique project release including Bubba Bryant on drums, Darryl "Mayungo" Jackson on percussion, his former band mate with Earth, Wind and Fire, Larry Dunn, Craig T. Cooper on guitars and John Leftwich on bass .

In this interview, Ronnie Laws spoke about his personal evolution as an instrumentalist and the road to finding his true voice. Laws shared insight into his journey to create his unique contemporary project, Settle Down and the message behind his new music.

All About Jazz: Tell us about how you feel about your new release, Settle Down.

Ronnie Laws: I'm really happy about this project and the musicians who helped me to take it from an idea to an actual song to listen to. It's a delicate process and it takes time to create a song the way you envision it to be. The writing sessions, recording sessions, the moments of inspiration.It was just great experiencing all of this in the making of this project.

AAJ: Is there a message to your fans that you'd like to share about your new release?

RL: It's a long awaited project. I look forward to performing the new song on tour dates. I'm getting feedback from fans on social media that they are excited about this new release.

AAJ: Is there a theme behind the project?

RL: When I was composing it I was thinking of a tribute to the patriarchs of jazz, honoring Miles Davis, John Coltrane, Ella Fitzgerald, and others who continue to inspire me as an artist and songwriter. It has a spoken word part of it as well. It is a progressive move on my part I think that it will reach a lot of people.

AAJ: What sparked your interest in music growing up?

RL: I grew up in Houston with a terrific family, a musical family that helped shape my perspective on music as an artist. In addition to being surrounded by family members who played instruments and sang, I also became exposed to the great music of Joe Sample, the Jazz Crusaders and Wilton Felder early on. I think this helped me to broaden my understanding of the organic nature of music driven by emotion and creativity. It was their musical styles that put me on my path to finding my own style as a jazz artist.

AAJ: Tell us about your inspiration as a musician.Who are some of your favorite artists?

RL: I had quite a few musicians that inspired me as a youngster in Houston. Listening to artists like Joe Sample, the Jazz Crusaders, Wilton Felder, Wayne Henderson and others inspired my personal direction in terms of my style as a musician. As I continued to grow, I was impacted by other horn guys in the south like Arnett Cobb and David "Fathead" Newman.

AAJ: What is it like being a part of your dynamic musical family? How did that bring you to where you are now?

RL: It is an exciting experience for me growing up in a musical family. It helped me a great deal being a part of a musical environment within my family. My mom was a choir director for the local church choir. There were always rehearsals on weekends particularly the Saturday before the service. You'd be exposed to some of the greatest singers; and then my brother was a very accomplished flutist in the world. Hubert Laws. He really set the model for me. He showed me what it means to be serious about the arts as your craft. My sisters Eloise and Debbie are creatively expressive singers as well. It was a very dynamic environment to be immersed in growing up as a kid.

AAJ: What is the message behind Settle Down?

RL: All of us are all connected as people in the society we live in. We live in a fast paced society and we are constantly moving about working and so forth. The message is that we should take one day at a time and keep it positive as we go through each day. If a problem arises, there is a solution that we can discover when we settle down and let go of it all. Sometimes the solution is talking to a friend or a family member or even a stranger. We can have a positive effect on each other when we communicate as people in this way. Things will fall in place naturally speaking. It's a good feeling to know this. That is the message behind the music here.

What's next for Ronnie Laws? He is currently working on a special all-star jazz documentary that he plans to announce soon.