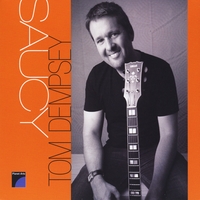 One of the more captivating pieces on the album is the trio's spin on Paul Simon's "Bridge Over Troubled Waters," as they entwine a soulful New Orleans groove with dabs of hustle and bustle. Oswanski's perky choruses help steer the familiar melody with an upbeat vibe. Dempsey digs deep with a jazzy solo, gushing with subtle inflections and bluesy note-bending instances as he reengineers the familiar theme, but also adds emphasis and circles around the core harmonic structure. His fluent, home-cooking stylizations ride above drummer Alvin Atkinson's peppery shuffle beats and they finalize the proceedings with a lighthearted funk motif.

The trio doesn't mess around and simply takes care of business while executing a no frills but qualitative spin on the jazz organ trio format, partly due to a host of strong compositions and lithe arrangements.