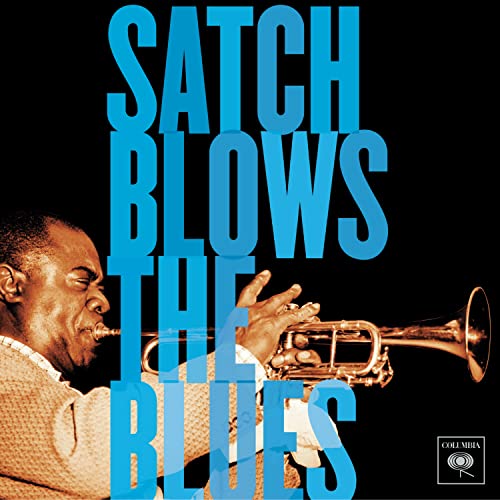 Soon after Louis Armstrong left King Oliver’s Creole Jazz Band and just before he began to record under his own name, he accompanied many of the great blues singers of the 1920’s. Armstrong can be heard on numerous sessions with singers such as Ma Rainey and Bessie Smith. Armstrong had the touch and the feel needed for the blues due to his upbringing in the musical melting pot of New Orleans, the fact that much of jazz is rooted in the blues tradition and his complete brilliance to hear and understand the various nuances of the blues.

‘Satch Blows the Blues” is a wonderful collection of Armstrong’s blues recordings. The music ranges from his 1926 band the Hot 5 in 1926 through his 1955 session date as Louis Armstrong and His All-Stars.

Throughout this collection, we hear that Armstrong is comfortable in all facets of the blues. He excels with Tin Pan Alley tear-jerkers like “When Your Lover Has Gone” and “St. Louis Blues”, a vaudeville-style risqué tune like “Tight Like That” just as well as he can move about freely in a traditional 12 bar blues structure.

The 1955 session with His All-Stars was for a recording called ‘Louis Armstrong plays W.C. Handy,' who is often considered the father of the blues. Five of the fifteen songs on this collection are W.C. Handy tunes including an inspiring rendition of the classic “Beale Street Blues.”

‘Satch Blows the Blues’ provides a different perspective of this legendary jazz and pop artist, one which shows a mastery of yet another complete genre, the blues.