By Doug Collette
June 11, 2022
Sign in to view read count
When performed with style, grace and depth of feeling, singing the blues is a wonder to behold. But when such virtues are replaced by histrionics, affectation and musical self-indulgence, the performers and the performances fall flat. In building their respective careers of no little renown, Sass Jordan and Dana Fuchs have both proven they can deliver honestly terms of songwriting, playing and record making. As such, Bitches Blues and Borrowed Time are both object lessons in authority as well as panache, within which also resides a bonafide generosity of spirit: aided and abetted in their efforts by collaborators whose resumes are as distinguished as their own, these contemporary blueswomen demonstrably add authenticity and credibility to their personal interpretation(s) of the genre. 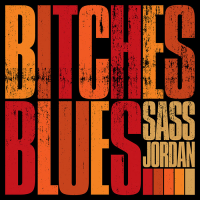 This British-born, Montreal-raised blues chanteuse lives up to her first name with an unmistakable irreverence here. Nonetheless, her attitude does nothing to undercut her passion for the material and her performances thereof. On the contrary, Jordan puts her gutsy stamp on a wide range of song choices, originals including "Change Is Coming," "Still The World Goes Round," plus outside selections ranging from Johnny Winter's "Still Alive and Well" to Lowell George's early tune for Little Feat, "Sailin Shoes." A finite crew of musicians—collectively dubbed 'The Champagne Hookers—supply accompaniment as vigorous as this Juno Award-winning front woman's vocals; theirs is a level of engagement no less deep on those aforementioned contemporary sources than on Slim Harpo's "You Gotta Move" (via the Rolling Stones' own cover on Sticky Fingers (Rolling Stones Records, 1971) or on a nod to Taj Mahal, Memphis Minnie's "Chevrolet." That voices and instruments all come through with pronounced punch is testament to Adam Fair's recording and mixing plus Noah Mintz' mastering; everyone involved in this album contributes to a hearty impact that belies a playing time of just shy of thirty minutes. 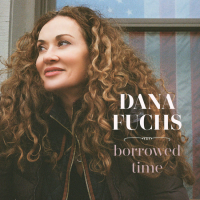 In contrast to her Canadian kindred spirit's abiding interest in cover material, the New Jersey-born, Florida-raised Fuchs composed or co-wrote all these songs. And within the gristly sound of (often The Rolling Stones-derived) blue-rockers, graphic depictions of times and places such as those of "Blue Mist Road" meets vivid character portraits such as "Double Down on Wrong," all of which are driven by the author's personal expression(s) of emotion. Co-produced by Bobby Harlow and Kenny Tudrick, there's an unfaltering grasp of dynamics across the twelve tracks corresponding to these varied compositions: here how acoustic guitars twinkle within the steadfast tempo on "Call My Name" or the way electric piano brightens "Save Me." The stable core of players exhibit a streamlined unity on cuts like this titletune, forging a consistency that, in the end, serves to highlight the versatility of material; skirting the blowzy (if just barely sometimes), the swagger on "Not Another Second On You" may inevitably remind of vintage The Black Crowes, but it's honest homage if anything, rooted as it is in Fuchs' own pedigreed vocal delivery. As a result, it is no less real than the plaintive mood she helps conjure with such able nuance on the mature "Nothing You Own."

Tracks: Still Alive and Well; Chevrolet; Even; Still The World Goes Round; You Gotta Move; Sailin Shoes'; Ain't No Big Deal On You; Change Is Coming.

Tracks: Double Down On Wrong; Blue Mist Road; Call My Name; Save Me; Curtain Close; Hard Road; Borrowed Time; Nothing You Own; Not Another Second On You; Lonely Lie; Last To Know; Star.