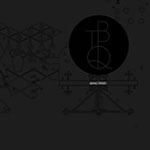 There are few acts that sound like a grab bag of genres while having its own sound, but this is true of The Big Four Quintet (now abbreviated as TB4Q). The band's hallmark has become a curious eclecticism, bringing in styles as diverse as rock n' roll, blues, New Orleans jazz, funk, lounge, swing and world music, and cooking it all up into one steaming stew.

In that sense, the title of TB4Q's second album is highly ironic, because if there's something this group doesn't do, it is respect the almost religious purity of genre, preferring instead to break every possible musical dogma in the book.

At the heart of the band's music still lies a good groove, combined with laidback sophistication. This is evident from the start, with the elegantly executed "Aaricia's Moods" wrapped in whispering flutes, wah-wah guitar, bubbling Fender Rhodes keys, and a dancing bass pattern courtesy of Bird Stevens.

Elsewhere, the tempo is taken up a notch on "Seeing Angels at Sunset," with drummer Franky Gomez laying down a solid beat and J.B. "The Cane" Biesmans blowing his horn so smoothly it makes soft ice seem like stone.

Biesmans is also an accomplished singer, whose deep blues voice graces the noir ballad "The Dun," a song which changes tempo midway to become a bouncing shuffle that well suits the lyrical content (about walking in the dark, and seeking a redemption that is given at last).

Thus, the religious tone of the album title is present in both the lyrics and the music, which is played in the tradition of America's sacred music before it became secularized and commercialized. The Big Four Quintet seems to embody all these layers in its music, which is spiritual, sexy and downright entertaining. An unlikely mixture, but then again this is an unlikely band, and on Sanctified its members are playing at the very top of their game.

About The Big Four