By SEAN DIETRICH
September 1, 2010
Sign in to view read count
Standards are the language of jazz. Standards represent music that have withstood the ruthless test of time. Songs built by craftsman, instead of limericks scribbled by American idols adorned in sequins and leather chaps. Music that has been constructed to last, built with the brick and mortar of harmony and melody. And yet, too often, the timeless master-song-craftsman's names are not usually recognized by listening audiences of today.

Few songwriters are able to weave such picturesque lyrics into a melody like Sammy Cahn. Many of his songs are played within certain circles, and yet his name is hardly spoken among uninterested virtuosos. Songs like "I Should Care," "Teach Me Tonight," "All the Way," and "The Things We Did Last Summer" proved that Sammy Cahn was a musical architect.

In the early 1920s skinny young Sammy Cohen, clad in thick-lensed specs, had no interest in academic practices. He would skip school to catch local vaudevillian shows. As a child, he began playing the violin, and soon he found himself playing on the same vaudevillian stages of his childhood. It was on a night, when a fellow musician in the vaudeville band introduced a self-written song, that Cahn's career would begin. Young Sammy became transfixed with the craft of songwriting, on that very night, and had written his first song before he arrived back home.

Later in his career, Cahn found himself writing music for a sprawling list of musicals and celebrities. Writing music for iconic Hollywood films such as "Anchors Aweigh" (1945), "The Kid From Brooklyn" (1946), and "Three Coins in the Fountain" (1954). And in 1957 Cahn's platinum composition "All The Way" won him a statuesque Oscar from the Academy. All the way into his final years in the 1960s and 1970s, Cahn continued to churn out classics with songs like "Ain't That a Kick in the Head," and Sinatra's "Let Me Try Again." 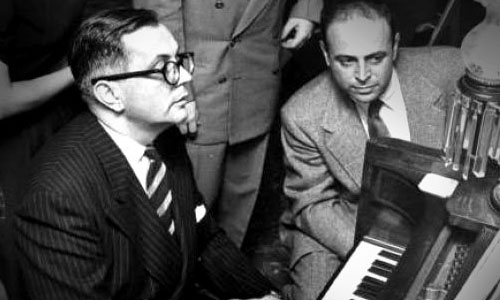 Vernon Duke's valuable contribution to the genre of Standards contrasts with a lack of modern popularity. Compared to the success of his well-known peers, like George Gershwin, Duke is little known. It seems a grave injustice that more of Vernon Duke's material is not more widely explored by the jazz enthusiasts of the present age, being that he ranks as one of the era's more richly educated song craftsman.

As a Russian immigrant living in the swelling new world of New York City, Duke studied Western classical composition, while earning his income by writing simplistic American popular music. Possessing a very broad scope, he also wrote ballet scores, orchestral scores, chamber music, poetry. And yet Duke's music carries with it a sophistication that is unparalleled by many of his peers. Songs like "Autumn in New York" reveal his sublime melodic mind, and haunting harmonic wisdom.

Vernon Duke's music carried a romance-era sound, and his close ties to the classical realm kept his music poignant and powerful. His music has been performed and recorded by many familiar icons of the jazz realm, solidifying him as one of the treasured prophets of the American Songbook. Songs like "I Can't Get Started" and "April in Paris" will forever be played by musicians around the world. 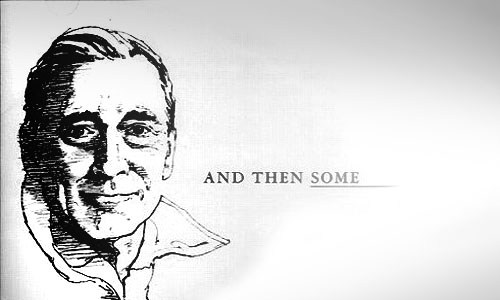 With a Master's degree in composition, Earl Zindars brought an elegance to the collective book of American standards. Zindars studied with many of the greatest musical minds of his era. He attended Oxford on a prestigious Fulbright scholarship, as well as Columbia University. His education fortified him as a tool-clad craftsman in the competitive arena of song building. The gentle power that is conveyed in his unique music is unmistakable.

Zindars formed an unspoken partnership with pianist Bill Evans. In fact, Evans was so partial to Zindars' songs, some of the songs were solidified as cult standards. Songs like "Elsa," and " "How My Heart Sings." Evans even claimed that he kept a collection of Earl Zindars' music transcriptions in a box near his piano for future exploration. Zindars was also experimenting with continually shifting time signatures during the 1950s, and was pioneering a tradition of skilled experimentation that had yet to be seen in that era.

As a tonal innovator, Earl Zindars helped to usher in a new harmonically interesting jazz sound with lush harmonies, and sensitive phrases. Songs like "Soiree" demonstrate a quiet emotional force within Zindars' music. A force that exists free from the influences of cliched musical devices. He proved himself to be a tireless composer, perpetually writing new and colorful jazz material, as well volumes of classical composition, up until his death in 2005.

Listen to Earl Zindars' "My Love Is An April Song" performed by Italian pianist Luciano Troja.