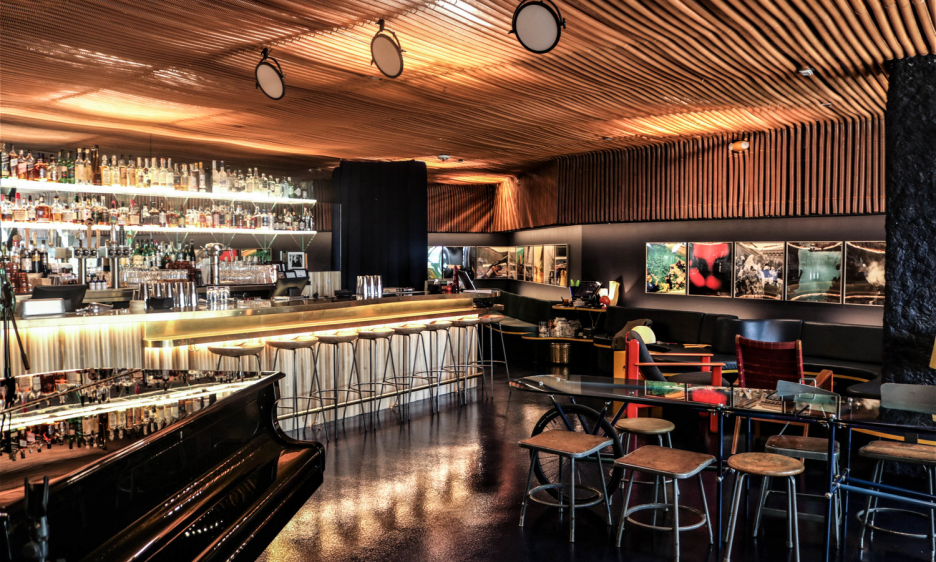 By JIM WORSLEY
September 17, 2019
Sign in to view read count

This is not a restaurant masquerading as a jazz club.
&#151Alan Pasqua

Architecturally designed as a listening room, Sam First has created its own vibe in west Los Angeles. From the time you are greeted and clued in by the doorman, before you even enter the club, there is a sense of something special or unique about to happen. While listening to and watching the Sam Hirsh Quartet play two sets, it was quickly apparent that it was all about the music. The acoustics are sensational, and the ambiance of the room is relaxed and amiably subdued.

Pianist Bill Cunliffe was in attendance and said, "Sam First is my favorite place to play. The piano is terrific. Maybe the best Kawai grand I have ever played. The room sounds fantastic and the people are awesome. It is particularly good for trio, because it is very intimate, and everyone is really up-close to the music. Kind of like a large living room." That sums it up very nicely. The venue's atmosphere allows you to relax your senses and listen intently, perhaps like you might do in your own living room. There is certainly no shortage of engaging live music, as patrons are graced with two full sets each evening.

The room is the brainchild of real estate developer and owner Paul Solomon and bassist Dave Robaire. "To start with, stated Robaire, "it was the idea of having a pianist or a pianist duo play quietly through the night. But it only took a few weeks of us talking about things before we realized that we were really building a jazz club." A man with a very artistic eye, Solomon was very hands on in designing the space. He brought in the well-respected Spanish architecture firm of SelgasCano to design Sam First. The room was also treated by an acoustician and is plush with comfy sofas and an array of other comfortable seating. It also has great sightlines. Who is/was Sam First? The club was respectfully named after Solomon's much beloved grandfather.

This night pianist Hirsh was joined by saxophonist Ralph Moore, drummer Kevin Kanner, and bassist Robaire. Opening with three Hirsh originals, the first set was "Quite Frankly" (the name of the first tune), a treat for the ears. Four cats that can play and improvise in a great sounding room with comfortable seating and a cool ambiance made it hard to go wrong. Not to mention the fact that people were listening to the music, certainly not the case in many venues that are more socialization oriented. More Hirsh originals were on display in the second set, alongside a beautiful treatment of Lerner and Loewe's "I've Grown Accustomed to Her Face." It would seem justified that Hirsh, in Robaire's words, "has been getting a lot of recognition around L.A. of late." A wonderful evening of music that indeed had the feel of hominess that Cunliffe referred to.

The splendid jazz vocalist, Douyé, was among the crowd of music aficionados. "The venue is just right for jazz," she enthusiastically acknowledged. "The jazz effect of the room is superb. It's a great, cozy atmosphere to listen to jazz. In no time, Sam First will be considered THE prime venue for jazz." Pianist Alan Pasqua substantially noted that, "Sam First is all about the music. Great owner and management care about what goes on. This is not a restaurant trying to masquerade as a jazz club. There is a wide array of local and national artists on the bill every month. Thank you to Sam First."

Talking about the room more in depth with Robaire, he explained, "There is something about having the musicians set up very tight in the corner of the room rather than against a flat surface that really helps. I think the tubing running along the ceiling helps deflect the sound just the right amount." He is not alone in those opinions, as Hirsh agreed in saying, "With setting the music in the corner, there's just something about how the sound travels that makes it easier to connect with the band. It's also the only club on the west side. As a resident of west Los Angeles, it's the best option for me to hear great live music." As for the tubing, Cunliffe added, "It's got a unique design, with soft plastic industrial pipes enclosing the stage. The sound is not too bright, but very clear, and well-balanced."

A new release was recorded at Sam First earlier this year and recently released. 3 Nights in LA features George Garzone, Peter Erskine, Pasqua, and Darek Oles. It's a remarkable sounding three-CD set that captures three consecutive nights of high-end improvisation and symmetry amongst a quartet that has played often together over the years. Their ability to play and feed off each other is blissfully apparent throughout these remarkable sets. Erskine gives much credit to Sam First. In fact, comparing it favorably to the historic Village Vanguard. "Sam First gets it right on all counts," Erskine noted. Garzone capped the endorsement, by asserting, "It was a dream to play with Peter and his band. Then to play at the great club newly organized made it even better. The fact that Sam First supports jazz is great, and expressive jazz too. It blew me away. I hope that what we did there will put that club on the map, if it's not there already."

It's there. If only a little hidden. Opened in October of 2017, the venue follows a tradition of destination jazz clubs with limited signage. If a little off the beaten path, it's right on when it comes to live jazz. 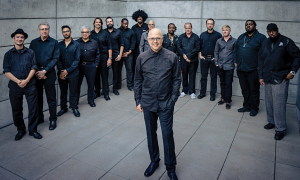 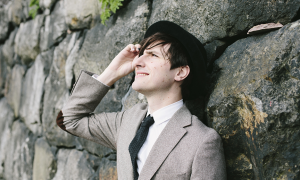