Rosie Henshaw: Rosie and the Bees

By ROGER FARBEY
February 16, 2014
Sign in to view read count 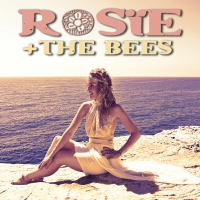 Vocal jazz but with more than a dash of rock must be one of the hardest niche markets to break into. So it is with Rosie and the Bees, whose eponymously titled debut album makes a very brave stab at the scene. This Australian trio, Rosie—of which more later—Banel Martinez on guitar and Byron Mark on keyboards and percussion are augmented by other musicians on this recording, but the main focus is on Rosie herself, a talented singer and multi-instrumentalist, although here she restricts her extra-vocal talents to bass guitar, double bass and sitar.

The album is replete with some instant ear-grabbers. Examples of this immediacy are to be found on the breezy "The Sun," the unequivocally beautiful "Jasmine" and "Sail My Ship" the deceptively restrained opening of which gives way to a somewhat meatier outing, in which Henshaw undertakes some elegant sitar (as also found on "Sunshine Soldier") along with a bass track and ubiquitous vocal duties. But "Mama Song" is a real clincher with perfectly gauged jazz sensibility, Henshaw's voice here channelling Joni Mitchell at her Mingusian best. Her vocals are excellent and more often than not, the tracks feature Henshaw expertly multi-tracking her own backing vocals. Her voice is a cross between Macy Gray and Amy Winehouse, but with its own distinctively recognisable timbre.

On tracks like the fascinatingly haunting "You," her true potential becomes much more obvious. This is also true of the slow burning "In the Scheme," which encapsulates some of the most overtly jazzy arrangements, with Hammond-esque organ and interspersed with relatively complex time signatures. Other notable tracks include the memorable "Let There Be Love" and, especially, the quirky "Bubble," a showcase for Victor Martinez Parada's sumptuous acoustic guitar playing.

The comparatively bland "Ode to Music" segues intriguingly into the bonus track, a laid back tour de force, curiously titled "Birdshite," with Henshaw accompanying herself on bass guitar and exemplifying just how good a musician she is. This is an extremely good first foray by a singer with a bright future.

The Sun; Sunshine Soldier; You; Jasmine; Sail My Ship; Let There Be Love; Mama Song; Bubble; In The Scheme; Ode To Music; Birdshite.