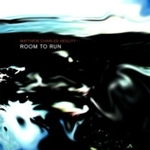 A subtle change in the opening "Resurrected" is an indicator of things to come on guitarist Matthew Charles Heulitt's Room To Run, as the introductory chord progression deviates from its western motif. That shift is informed by the guitar's sweeping volume swell, before opening the path for a statically charged solo and resonating touches by bassist Dan Feizli and drummer Jon Arkin.

The eleven tracks are a reflection of Heulitt's creativity and musicianship—with over twenty years experience in the studio, touring, and performing, whether studying with Wayne Krantz or opening for Carlos Santana. But clearly, as this release attests, Heulitt's music and voice has its own identity, one that is refreshingly beyond the usual stance of progressive jazz rock.

Make no mistake though, this music rocks, swings and also surprises. "Never Present" finds Heulitt grinding his axe with bone-crunching riffs that are in complete harmony with Joe Cohen's fiery alto saxophone and the cool running waters of veteran keyboardist Kit Walker. But there's more to Room To Run than typical rock/jazz fare; on "Song For Diane," Heulitt puts on a clinic (both technical and spiritual), with lightning licks and chords in a picturesque song that lingers long after the tune has finished. Things also deviate from the norm with the short improv excursions "More in Time" and "Upbeat," where Heulitt mingles acoustic guitar and various noises.

The main material is where the impact lies, and it does so abundantly. "Times Arrow" leaves it mark with Walker's brilliant organ playing, while the unforgettable "Fountain of Youth" takes on a simple repeating theme, accentuated by Jon Herrera's electric bass and the metronomic pulse of Bryan Bowman on Indian tabla.

Filled with wonder and exemplary performances, Room To Run is a fine introduction to Heulitt's singular voice and music.