By HRAYR ATTARIAN
December 16, 2012
Sign in to view read count 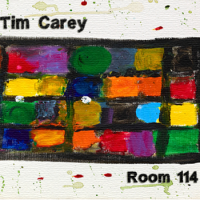 Dedicated to his father, Seattle-based composer, educator and bassist Tim Carey's debut, Room 114, is a very intimate affair. Carey has been a professional musician for the past nine years and during that time he has honed his skills with such luminaries as trombonist Julian Priester, as well as, creative ethnic jazz ensembles.

This combination of intimacy and expansiveness comes across on the opening "Waiting for One." Carey's romantic, Latin-influenced rhythmic embellishments contrast nicely with Brendan Odonnell's melodic guitar and Eric Verlinde's lilting piano.

Carey allows his side musicians ample room to showcase their skills. Odonell's languid guitar opens the title track, a crepuscular ballad that also features Carey's eloquent and tender serenade. The tastefully subtle but effectively assertive Tarek Abouzied drives the melody from his drum kit. The earthy and soulful "Wilmington," on the other hand, sheds the spotlight on Verlinde's sublime, funky and intelligent keyboards. It also allows room for Carey's own electrifying flights of fancy.

On his freshman effort, Carey has assembled an exciting and innovative ensemble that delivers a set of wistful and alluring originals, painted in pastel hues.