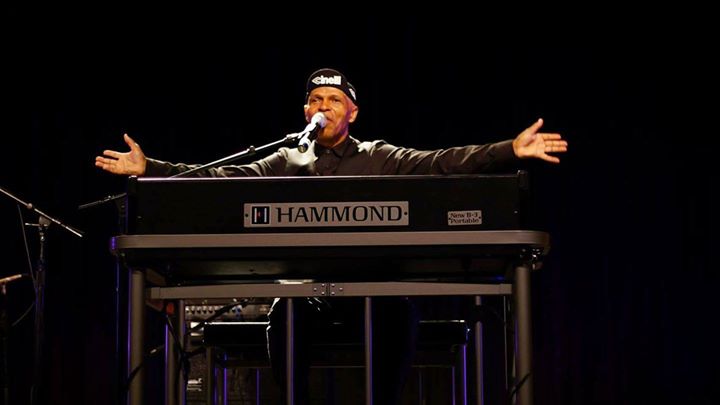 By C. ANDREW HOVAN
June 26, 2017
Sign in to view read count
When it comes to jazz history, few would argue that the years between 1950 and 1970 were a golden era filled with exciting music crossing many stylistic genres. From the concert stage to the Chitlin' Circuit, the era was ripe with talented musicians of all persuasions, many of whom have since faded from memory. Rarely is this due to talent or lack thereof, but more likely a result of many factors including substance abuse, changing trends, and the fickle nature of the music business. While he may not be a household name, Ronnie Foster came up at the tail end of the music's most vital period, but managed to make the most of it with early mentorship provided by Jimmy Smith, Grant Green, and George Benson. Then it seems he slipped away into obscurity, but a closer look will reveal that this dynamic musician partook in many important musical developments over the past several decades. Furthermore, he currently stands perched on the verge of a great new renaissance of his musical muse.

Recently the 67-year-old Foster spoke with this writer by phone from his current home in Las Vegas and helped fill in some of the details of his disparate and rich career. A native of Buffalo, Foster studied classical music on the piano before being influenced by the records he was hearing by the iconic organist Jimmy Smith. "I was about twelve-years- old and I got the nerve to call up Jimmy Smith to ask him to show me some stuff," explained Foster. "So he answers and I tell him I would like him to teach me and he says something like 'Now once you hear me boy, you won't want to do this.' I tell him again that I am really serious and he says again 'Boy, you hear me and you will want to throw out your organ.' I say again, no really I am eager to learn. Finally, he says 'OK, be at my place tomorrow at four.' Foster laughed and added, "He wanted to see how hungry I was!"

Having learned his lessons well, we fast forward a few years and the organist found himself working with iconic guitarist Grant Green, one of the Blue Note label's most prolific artists. He can be heard on the majority of the tracks from a live set recorded in Newark in August of 1970 which was issued as the album Alive!. Less than six months later, the label caught Green and Foster live again at a club in Detroit, the results being shelved until a belated CD release in 2006. These two recordings perked the ears of remaining Blue Note founder and photographer Francis Wolff, his partner Alfred Lion having already retired.

By the time Foster was ready to put together his debut for the label, Wolff had left Blue Note and the corporate conglomerate of Liberty Records was calling the shots. Nonetheless, the organist talked to new label head Dr. George Butler and the result was 1972's Two-Headed Freap. Without wasting any time, further albums followed including 1973's Sweet Revival and a live set at Montreux, but the emphasis was on covers of pop and soul tunes of the era. Foster started to balk at this stipulation. "I was in a phone booth in New York one time," explained Foster, "and he is telling me that he's not that interested in originals and I explain to him that those tunes on the radio you are talking about are somebody's originals!"

Enter George Benson, who had already been working with Foster for some time, and things took on a new direction. "I met George through Jimmy Smith when I was 14 and he produced my next two albums and was more in tune with my originals," said Foster. Indeed, On the Avenue and Cheshire Cat are marked by some outstanding writing by Foster and his golden vocals are featured on several tracks as well. In fact, when the Acid Jazz scene of the late '80s hit, some of Foster's originals along with his covers of "Backstabbers" and "Golden Lady" would be prime picking for hip hop samplers.

By the mid-'70s, Foster was hitting his stride. Along with writing the tune "Lady," his keyboard work can be heard on George Benson's 1976 classic Breezin', an album that has gone on to be certified triple Platinum. Foster also worked with Stevie Wonder on some of his most important albums, along with moving to Columbia Records where he would cut two more albums as a leader, thus wrapping up the decade. Love Satellite and Delight continued the trend established by his final Blue Note sides and are some of the better examples of the fusion sound Columbia was fostering during the period. "Stevie Wonder is my best friend and most folks don't know that he played drums on those albums," stated Foster.

As the '80s began, Foster found himself in Los Angeles and through the associations he had already established with Columbia, he managed to find work as a producer. Back in 1982 budding Brazilian singer/songwriter Djavan had a hit with his original "Flor de Lis," which was then recorded by jazz singer Carmen McRae under the title "Upside Down." The powers that be heard the results and invited Djavan to LA to record his American debut and Foster was brought into the fold. Over the course of several albums, Foster and Djavan cast a spell with their ingenious mix of MPB roots, jazz, and soulful hues.

Throughout the decade, Foster stayed active with production and writing work. David Sanborn recorded his tune "Summer" on the alto man's 1987 release A Change of Heart. "David had called me and told me he wanted to do some of my tunes for his next album," Foster explained. "I told him no problem. So I keep my stuff in this big bag and I went over to his place and spread all this sheet music out over his floor. There was another song he really liked, but he said 'Man this is so beautiful, I'd like to keep it for a soundtrack or something like that.'"

After Blue Note Records had reformed in 1985, label head Bruce Lundvall began not only reissuing the classics but set out recording new music as well. When he brought tenor great Stanley Turrentine back to the label one of the projects they worked on was a tribute to the music of Stevie Wonder. "Bruce called me and asked me if I wanted to do this album and since Stevie and I are so close it was a wonderful opportunity to be involved with that project." The resulting album, Wonderland features heavyweights such as Abe Laboriel and Harvey Mason, along with Wonder adding some harmonica on his own "Boogie on Reggae Woman."

Further production credits followed, most notably several sets with singer Will Downing. Foster is especially proud of Downing's 1998 set Pleasures of the Night. Then, the music scene changed once again and he decided to head to Las Vegas. "It normally takes at least six months or more to get yourself established in this town, but thanks to some associations I already had, I was able to make the connections much faster," explained Foster.

Among other things, the organist found himself serving as musical director for "Smokey Robinson Presents: Human Nature" which ran at the Venetian Hotel and Casino from 2009 until 2015. He appreciated the work hours that found him home regularly by early evening, but soon realized that he missed calling the shots for himself. "You know it was cool, but I started to miss doing my own thing and so eventually I decided to put together this band and get back to my own music."

Foster's trio features guitarist Jake Langley and drummer Jess Gopen and they have recorded an album aptly entitled Reboot. In addition to gigging in Las Vegas at places such as The Sand Dollar and The Dispensary, the trio has appeared at the San Jose and Monterey festivals and will wrap up this month with appearances at the Xerox Rochester Jazz Festival and at Nighttown in Cleveland. "You know," said Foster, "we bill ourselves as emotion, excitement, energy, and passion." Those are certainly things that you would want to find in jazz or in any type of artistic endeavor for that matter.