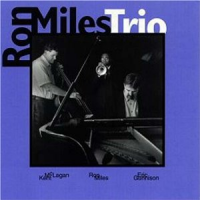 AAJ: Your next release as a leader is in 2000 with Ron Miles Trio, your second release on Capri. It's a trio with Eric Gunnison on piano and Kent McLagen on bass, two mainstays from the Denver music scene. It's six tunes, five of which are your compositions. One reviewer called this music "no-frills chamber jazz," so here you're definitely going back to a simpler format after the complexities of the Gramavision releases and your work with Ginger Baker. Was that something you had been wanting to do?

RM: Yeah. Kent and Eric and I had been playing a lot as a trio, and one of the things that I liked the most about that trio is the acoustic balance we were able to get, for one because Kent is so unique. He really can play with such a big sound acoustically, and I wanted to try and get that on tape. The producer and engineer Mickey Houlihan and I had talked about doing something where we recorded just direct to analog tape and live to two-track, and so we just had a single studio microphone set in the middle of us, and we stood around it and played. We tried recording the album once before in somebody's house; that didn't work out so well, so we ended up finding another room to record it in. But I really wanted to capture that essence of people just playing together.

Actually, Coward of the County is live, too, because we recorded that live to two-track. That was the one thing Yves did set into motion before he said he couldn't come. So we were all in one room and we're all playing, with only the guitar amps in a different room. So I had wanted that kind of electricity on this release, too, but a little bit more simple.

Also, with Kent and Eric, Kent really likes complex music a lot, so I could experiment with some really wild things. Some of the music changes meters every measure. It's just always moving all over the place, but we'd really figured out a way to play all that. I also felt that without the drums in there, it would just allow all these melodic lines to interact in a different way. So it's a pretty fun record; that was a fun band.

AAJ: Another thing that was notable about this release is that three of the compositions are over 10 minutes, with "Darken My Door" over 19 minutes, so you guys really stretched.

RM: Yeah, that's a big one. We did a shorter version of just the chewy pop center of "Darken My Door" on Heaven (Sterling Circle, 2002). My idea with "Darken My Door" was that I was going to write this classic song with a verse and then a chorus. And then, of course, it changed into this huge, long thing! The verse is really long, and the tune is long, but the middle is this chewy pop center. The Carter Family tune "Wildwood Flower" is on that record, too, and Bill and I had been playing that a bunch at that point, so I guess my pop music thing is still showing up in unique ways! 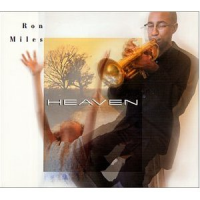 AAJ: So next is Heaven in 2002, which is a duet with you and Bill Frisell. This is your first release on the Boulder-based label Sterling Circle, a label that's still around today. How did your relationship with Sterling Circle start?

RM: Mickey Houlihan, who recorded the Ron Miles Trio record, runs Sterling Circle, and we had talked about the idea of community and doing recordings that were really pretty simple in a way—simple to do, but of course hard to get out in the world and all that kind of stuff! We'd done the trio record with just one microphone, and Heaven was the same thing.

Bill and I had talked for years about "We should just get together and play." You know, to not really set up any kind of complex thing, but just pick some songs and play. That's really what we did; Bill brought a few songs, I brought some songs, and we spent a day kind of choosing what songs we wanted to record, and then we recorded them. Mickey put us in a room with some microphones, and we just played these songs down. Bill brought all his effects, but he never used them. I remember at one point when we were going to record one of the songs, he turned something on, but then when we started, he turned it off. So he didn't use any effects; he just wanted to play guitar.

It was just a really easy record to do because Bill's so great. I would say it's like taking a picture with Tyra Banks: you don't have to look like anything, because no matter what, the picture's going to be great! Same with Bill—you play the tune, and he does his magical stuff to it, and everything sounds good.

AAJ: In reviews for this album, it's interesting how reviewers get very poetic describing the music. They use words like "sublime," and someone even said, "It's a tone poem of praise." It seems like it might have been one of those magical sessions, because it's such a luminous record; there's something really special about it.

RM: It feels that way to me, too. Bill and I did an interview on the radio in New York a couple years ago, and they played something from Heaven, and neither of us had heard it in a long time. We both said, "Wow! That's really something!"

And just that Bob Dylan song that we did, "A Hard Rain's A-Gonna Fall"—I didn't even know that song, but Bill had a real deep attachment to it, and Mickey's around the same age as Bill, so their connection to that song is really powerful. They taught me the words and everything so I could figure out a way to play it. And I think people have a real strong connection to all the songs on this record: obviously "Heaven" by Duke Ellington, and "King Porter Stomp" was one that I picked. I had a duo recording of cornetist Joe King Oliver and Jelly Roll Morton playing that song, so that was a real centerpiece that I wanted to do with Bill because my connection to the song was really strong. And "Your Cheatin' Heart" by Hank Williams—I wrote this little intro to it, and I thought, "Bill's going to hate that!" But then he plays it and it's like, "Oh, yeah!" He plays so great, and he liked it.

AAJ: And there's also the Monk song "We See."

RM: Matt Wilson does that song a lot, too. That was, again, one of those songs that, at that point, people weren't doing so much. Monk only wrote maybe 60 songs, and some of them get played quite a bit, so it's always nice to find one that not everybody does. 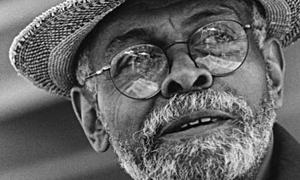 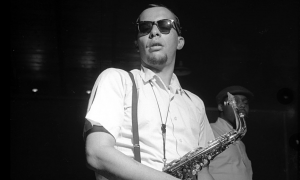