By NENAD GEORGIEVSKI
October 3, 2015
Sign in to view read count 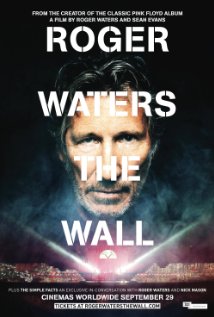 It is interesting how things from a distant past still resonate deeply with people even decades after they were first made and introduced. Pink Floyd's seminal album The Wall (EMI, 1979) was the pinnacle of this band's career, both artistically and commercially, arriving as a culmination after a decade of meteoric successes with one of the most successful recordings of all time, the hypnotic The Dark Side of the Moon (EMI, 1973) and Wish you Were Here. (EMI, 1975) It was bassist and songwriter Roger Waters' legendary fertile imagination that again yielded this phenomenal blockbuster in 1979. The wall became a metaphor for the intimacy the band had lost when it became a stadium attraction and turned into an epic ode to post war alienation. It was the band's most ambitious undertaking, musically, conceptually and concert wise. Under his leadership the band would set out to achieve a herculean task in the form of a record, a theatrical performance and ultimately, a feature film. Pink Floyd's past albums featured musical contributions by all of the members, but lyrically, musically, conceptually most of it was Waters' ideas. On those albums he busily exorcised his ingrained demons expounding through the records on gloomy human themes rooted in the grief for his father's death in WWII, when he was just a three months old. It could be said that this record was his first solo record due to the deeply autobiographical subjects ingrained in the songs. This resulted in building of the wall as a symbol of denying and avoiding painful aspects of our existence, something that is shared by many people.

The Wall story is a complex one and during different times, different aspects of it have risen to the surface. From a rock star's alienation as best portrayed in Alan Parker's film to symbolizing political divisions, as when Waters staged the performance of the Wall in Berlin in 1990, on a location that was known as a no man's land between Potsdamer Platz and the Brandenburg Gate where the Berlin Wall once stood and divided the East and the West. What The Wall, its songs and messages mean today, both to its creator and the audience, it can be best seen and heard in Roger Waters The Wall documentary. Premiered at the Toronto Film Festival in 2014, on the 29th of September, this part concert film and part documentary, was screened at hundreds of cinemas worldwide in an one off occasion for a single day screening. Directed by Roger Waters and Sean Evans, the concert footage was shot during the three year tour which saw Waters performing the Wall to enthusiastic audiences worldwide and it is simply spectacular. Relying heavily on several on-stage and off stage cameras, the film provides extended close-ups of the band members in action. The audience gets the front row spots and throughout it is literally in the thick of it. The opener "In The Flesh" resembles more like a political rally than an ordinary concert, with Waters' dressed as a military leader while the crew members are dressed in special ops gear and overlooking the crowd. The editing is superb especially when the footage moves from ruminations about Waters' family life to concert footage or to intensify concert effects. The sound effects of Stuka warplane (German attack airplane) attacking the audience combined with light effects, pyrotechnics and animation, it literally transports people in attendance on to a battlefield.

More than any other incarnation of The Wall, this documentary goes deep into Waters' core motivations as an anti-war activist and social commentator. The concert footage is interspersed with vignettes of Waters going on a pilgrimage to war cemeteries in Europe including the grave of his grandfather who was killed in WWI as well as the memorial in Azano in Italy where his father was killed in 1944. Both his grandfather and his father were killed when their offspring were three months old. There is a moving scene when Waters all in tears reads the letter of condolence signed by the King that his mother received where she was thanked for the sacrifice she has made. In a way, Waters is connecting his grief with the grief of people today who are victims of political, commercial and religious interests. He and his family were also a victim of foul plays by politicians that resulted in two WW. The scene when bombers drop various religious symbols and company logos carries powerful messages of direct causes of wars and conflicts, or the modern day aerial footage of american choppers "lightnin' people up" on the street of Baghdad for no obvious reason achieve a strong effect. Simply, these images of violence and victims are spread all over the gigantic screens in attempt to turn people's attention to misuse of power. Waters criticizes politicians and warmongers for their increased use of violence and fear. This is exemplified by the children's choir wearing t-shirts with "Fear builds walls" message as they sing "Another Brick in the Wall." In this foul world, fear, political hypocrisy and demagogy, recession and poverty are a bricks of a wall that has to be torn down.

The whole film combined is a gigantic entertainment juggernaut, but Waters is a master of making massive events an intimate affair. The technology of today is what has allowed him to stage the show more effectively. But in amidst the whole theatricality, The Wall documentary is a surprisingly intimate, thought provoking and human thing.