By C. MICHAEL BAILEY
November 6, 2011
Sign in to view read count
The centenary of blues musician Robert Johnson's birth passed quietly May 8, 2011. Anticipating it was the release of The Complete Recordings: The Centennial Collection (Legacy Recordings, 2011). The liner notes for this release, penned by Ted Gioia and Steve LaVere, continue the best biographical line of the allusive singer begun in the liner notes of 1990's Robert Johnson: The Complete Recordings (Columbia/Legacy), not to be mistaken for the above.

The published scholarship regarding Johnson is, at best, confused. Tom Graves' book, Crossroads: The Life and Afterlife of Blues Legend Robert Johnson (Bookbaby, 2008) goes along way in weaving together all of the Johnson sources into a meta-analysis that illuminates a more complete picture of this famous phantom. 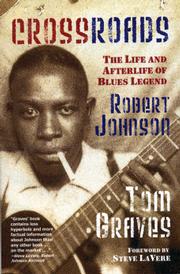 Crossroads: The Life and Afterlife of Blues Legend Robert Johnson

The bibliography of rural American blues music lacks two important texts: a definitive biography of blues singer Robert Johnson (1911-1938) and a definitive history surrounding that biography. Both are important stories in themselves made more important with the contemporary criticism of Elijah Wald in his Escaping the Delta: Robert Johnson and the Invention of the Blues (Amistad, 2004) and Ted Gioia, in Delta Blues (Norton, 2008), which recast Johnson as more a student and innovator of the blues than an original, seminal figure like Charlie Patton, Son House or Skip James, as Johnson was treated by Samuel Charters and others in the earliest blues scholarship. These books and Barry Lee Pearson and Bill McCullough's Robert Johnson: Lost and Found (University of Illinois Press, 2003), Patricia Schroeder's Robert Johnson, Mythmaking, and Contemporary American Culture (University of Illinois Press, 2004) and Mary Beth Hamilton's I Search of the Blues (Basic Books, 2008) adjust the calipers of historic focus on Johnson and his contemporaries, and their relationships with one another.

Graves wastes no words in his brief account, drawing from the many existing sources and discussing what has previously been written supporting some elements of conventional wisdom, while debunking others. It must be noted that Graves worked with the help and blessing of Steve LaVere, musicologist/entrepreneur and legal keeper of all things Robert Johnson. LaVere exists as both a bibliographic source in the story and an object of controversy among blues aficionados for his systematic accumulation of control over the Johnson Estate. LaVere has become as much a part of the story as its narrator, a sticky reportage situation, to be sure. Further discussion is beyond this article.

Graves successfully brings together Johnson's story, sans any mind numbing historiographic detail, properly stripping Johnson of the myth and faux narrative that clung to the singer like the naphtha smell of a closet for the better part of the twentieth century. He carefully discusses the discover of the "Traveling Riverside Blues" alternate master and its subsequent release history. Of great value is his account of Steve LaVere's successful efforts to include songs written, but not recorded, by Johnson, in the Johnson Estate and the research and efforts taken in this inclusion. There are the necessary discussions about recently identified pictures and a disagreement on Johnson's actual cause of death (not to mention, location of the same) that make interesting reading.

In the end, Graves' book should be seen as an interim review as opposed to a definitive text, which is yet to be written. 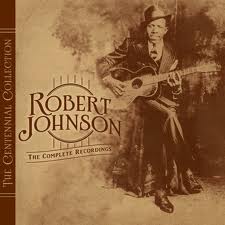 The Complete Recordings: The Centennial Collection

The best biographical reportage regarding Johnson (1911-1938) is found strewn over cultural dissertations, obscure articles in obscure publications, recording liner notes and the internet. Peter Guralnick's slim, elegant volume Searching for Robert Johnson (Dutton, 1989) is an excellent if not too brief a starting source that suffers from having been based on a larger work, unpublished work that will, more than likely, never see the light of day. This lack of definitive writing on the subject is not for a lack of research. Mack McCormick, Steve LaVere, Stephen Calt and Gayle Dean Wardlow (and a host of others) undoubtedly all have something written about Johnson, and they are the ur researchers of delta blues music. So why no biography?

Part of the reason is addressed, however briefly, in Tom Graves short missive. Crossroads: The Life and Afterlife of Blues Legend Robert Johnson provides a small, but tantalizing look at the 50-year history of Johnson "scholarship," the personalities involved and the animus they shared for one another. This short story rings considerably one-sided, a fuller account having to wait on the right benefactor.

The most accurate biographical information of Johnson has perhaps best been presented in recording liner notes, beginning with Columbia Records executive Frank Driggs' notes to Robert Johnson: King of the Delta Blues Singers (Columbia, 1961), continuing with Steve LaVere's notes to Robert Johnson: The Complete Recordings and, most recently, Ted Gioia and LaVere's text to The Complete Recordings: The Centennial Collection. This latter source is very informative as to the history Robert Johnson's AKAs and an accounting of the actual 59 sides Johnson recorded in San Antonio and Dallas two lifetimes ago. LaVere's notes also pick up where Graves' book leaves off, detailing the finding of an alternate "Traveling Riverside Blues" (Dal-400-2), unknown to still exist until the 1990s.

Inclusion of this alternate "Traveling Riverside Blues" on Robert Johnson: The Centennial Collection, plus LaVere's updated notes and one super-human remastering is what separates this more recent release from 1990's Robert Johnson: The Complete Recordings. This is enough to justify releasing almost identical collections a decade apart. The music is that important. LaVere is careful in the notes to the new collection to innumerate the fate of the unreleased 17 sides originally shipped to the American Record Company after recording, saying, in essence that, ..."these are lost to the ages." The paradox exists that it would be both wonderful and disappointing if more previously unknown masters were to be found.

The sound improvement between 1990's Robert Johnson: The Complete Recordings and 2011's The Complete Recordings: The Centennial Collection cannot be minimized. Seth Winner's engineering and restoration have vastly improved the sound using new technology. Sonically, all that is left is to bring Johnson back to life to re-record his corpus.

As the picture of Robert Johnson begins to clear in the new millennium, the story surrounding the investigation of the phantom's life becomes more circuitous. The real story here is not whether Johnson sold his soul to the devil at which crossroads, or where he died or where he is buried—all of these facts are long in the process of being nailed down. The real story now will be that of Steve LaVere, Mack McCormick, Gayle Dean Wardlow, Stephen Calt and a host of lesser researchers who have some claim to the story of Robert Johnson. Reticent personalities and potential legal action are most likely the reasons that the two Delta blues texts have never been published. For credibility, these stories will need to be assembled by someone other than these major players as LaVere, McCormick, etal., as they are now all part of the story.

And now, what of Robert Johnson himself. This most recent scholarship and criticism in no way diminishes Johnson's importance to American music: it simply recasts it. Only the lens through which the artist is seen has changed. That Johnson's repertoire is as much derived from his predecessors as his own pen has been long known. Johnson's technical ability and musicianship were his own advances, important in understanding the evolution from Son House to Eric Clapton. That much of Johnson's fame today may be attributed to his marketing in during the 1960s blues revival by the existing "scholars" is now beside the point, because it is part of the story.