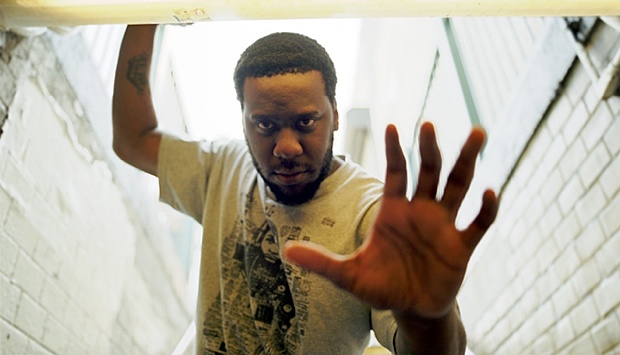 view slideshow
By ANTHONY KING
March 23, 2012
Sign in to view read count
"Hello world, peace and love—I wish you the best, and now for the next" are the first words uttered with the cadence of a street corner preacher-come poet by Shafiq Hussein, only two bars into Robert Glasper's Black Radio (Blue Note, 2012). As if to lay down the essence of his latest record right off the top, Glasper's piano dances mercurially over Hussein's musings like a skater creating abstract art on glistening ice. The effect is beguiling, sexy and urban chic in a way that is at once challenging and embracing.

When queried about what he could imagine his audience doing while listening to Black Radio, Glasper says the record is anchored by, "A kind of urban culture, the vibes I experience every day, cruisin' around the city, so being in the car in the evening makes sense, or..." he chuckles. "There's something else too, I'll let you use your imagination on that one." And though Whyte Avenue in Canada may be a far cry from downtown Manhattan—where Glasper spends much of his time these days while not on the road—the restless musical explorer recently played the "Yardbird Suite" in Edmonton, the first date on the cusp of the new release, which will be followed by shows in the US.

Robert Glasper's latest outing is so unlike a typical jazz record in some ways that it could scarcely be categorized as such. There are a myriad of influences, not to mention special guests on the album; in fact, one would be hard pressed to find a category in which to tuck it away in a conventional record store. Incidentally, Black Radio is still characterized as jazz by the great mystical world of Internet dispensaries. So, how did this complex character ever evolve into the rising star of today fronting the Robert Glasper Experiment? "Well actually, I had no intention of becoming a musician," laughs Glasper. "As a kid I was really into sports, I was into track and field, and I loved basketball and football really, really hardcore until I was about 12 or 13." Interesting, given that he was raised in Houston by a single mother, who happened to be a club singer. "She didn't trust or want to leave me with a babysitter, so I got dragged to gigs, rehearsals, all kinds of stuff—I was just around so much music all the time at a very young age."

Coming under the guardianship of club owners and promoters as your mother performs on stage may seem like a less than ideal upbringing for a kid who's into sports, but Glasper rebuffs this accusation, suggesting instead that having the opportunity to imbibe in the lifestyle of a musician vicariously helped hone his appreciation for making music. "No, I was actually totally into it, I really liked music, I would watch my mother, mesmerized by what she could do on stage. I just didn't really picture myself doing that for a living back then, but I really loved all kinds of music. From the time I was eight years old, I couldn't fall asleep without the radio being on. There was always music around, and my mother always played jazz at home." 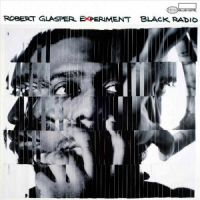 Jazz is the thing; it is what captured Robert's young, pliable mind and, while still in his teens, he realized that maybe familial genes would have their way with him after all. "Yeah, I came to a point where I knew I wasn't going make the NBA or anything you know, and I started to just play, I mean from the time when I was little I would accompany my mom to church, and she'd lead the choir, but before she took her spot she would put me in front of the organ and encourage me to participate, and I could always pick it up you know, one finger on the keys and all. So, when I started getting into playing music as a hobby, there was always a piano around the house, I became pretty good really fast."

Good, in this case, may be a vast understatement/ Glasper was accepted to the neighborhood performing arts school in his native Houston, and that paved the way for a journey to the New School for Jazz and Contemporary Music in New York City. This is where the serious undertaking of becoming a working jazz musician began, but in New York he was also introduced to Bilal Oliver, a soul singer with whom Glasper would form an allegiance and who would influence the character of his music to this day.

Only a couple of years into the scene in New York, Glasper laid down the tracks for his debut disc Mood (Fresh Sound New Talent, 2004) in the studio while still in his mid-twenties. Looking back on the effort, Glasper likens that period to going to school still. "Yeah, at that time I was just getting my feet wet, I had all of these great musicians around me, but I really hadn't figured out my thing yet. I was just out of school, I went there to study jazz, and I was influenced heavily by Oscar Peterson's playing, so my first album is kind of traditional." 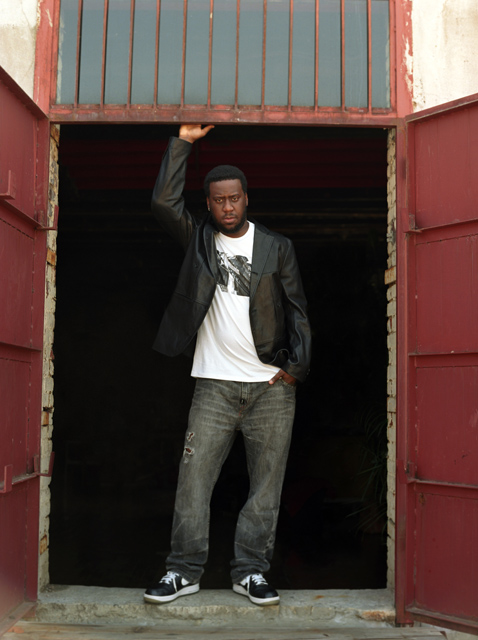 After being cast into the spotlight at such a young age, Glasper stepped back from the hype that followed the release of Mood and chose to dig deeper into his eclectic tastes to furnish successive efforts. "As I got signed to Blue Note, I think my pallet kind of opened up at little. For my second disc, Canvas (Blue Note, 2005), I felt a little more like I was doin' my thing, you know, and then on my next album J Dillalude appears, and I felt like I was pushing things just a little bit more, then a little bit more after that."

In 2009, Glasper released Double Booked (Blue Note), a collection that literally fused the seemingly disparate influences that come into play in his music. Cascading melodies were parsed against hard grooves and melodic flourishes on Fender Rhodes and grand piano. The disc was the proverbial two-headed hydra, where reverence for the masters brushed up against the streetwise sensibilities of contemporary sounds—all mitigated by Glasper's deft hand on the keys.

Turn the clock to the present, and Glasper's impending tour, bringing Black Radio to bare—a disc that melds the urgency of Jackson Pollock with the languid pastiche of Monet. When asked to describe the record Glasper says he went in with a vision. "I wanted the record to have one vibe, all the records I've always loved have had one producer; they stand alone as a single entity, they tell a story." When asked what the overarching theme might be for his latest, Glasper instantly replies "It's all in the title. Really it's about being soulful and true. And though I feature a lot of special guests, it's really a family record."

Rest assured, the soul will bleed through every note, when Robert Glasper Experiment takes to the stage for his 2012 dates through Canada and the US.