By MARK CORROTO
November 17, 2008
Sign in to view read count
Like bassist Williams Parker or fellow midwesterner, reed player Ken Vandermark, trumpeter and cornetist Rob Mazurek is a hub around which much creative activity revolves. He is a musician, musical organizer and visual artist whose hunger for invention is seemingly limitless. After his early (1990s) foray into bebop, he began to realize the possibilities of modern sound in the hotbed of the creative Chicago scene. He was a force behind the Chicago Underground collective bands and Tigersmilk, and a key contributor to Tortoise, HiM and Ted Sirota's Rebel Soul Ensemble.

In the midst of this success Mazurek moved to Brazil and I guess the world is indeed flat because he has not fallen off the radar. In fact his notoriety has increased with releases by Mandarin Movie, Sao Paulo Underground, and his large collective, Exploding Star Orchestra, which features Mazurek's hero, trumpeter Bill Dixon. His activities do not distinguish a line between the aural and the visual, as he tends to blend the two with other disciplines such as architecture, painting and video. 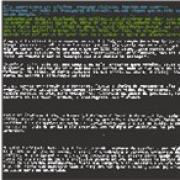 As the second disc by the group Sao Paulo Underground opens, you feel you've walked from a sunny day into a movie theatre after the feature has already begun. You are immediately hit by a blast of SPO electronics and percussive swirl, making you disoriented and your senses need time to adjust to the new circumstances. There's Mazurek's muted cornet echoing through some electronic processors you're not quite ready for. Welcome anyway—have a seat.

Soon you get the lay of the land, it's Rob Mazurek's second outing with SPO. Like his work in the various Chicago Underground Duos, Trios and Orchestras he is apt to allow the music to grow organically from place of origin, popular culture, or jazz history. With this second SPO, he has stuck with solely Brazilian sound artists. The music is a collision of percussion and electronics. A modern approach to Brazil's tropicalia, that takes into account advances on sound manipulation and DJ engineering.

The music often comes at you form multiple directions. "Pulmoes" is a mix of (how many?) different songs, played at once without the idea of them composting into one unified whole. This is not to be filed under emergent theories from science. The SPO at times seems disinterested in creating a new complex whole from disparate parts, but merely overlapping those parts. In other places, like "Entre um Chao e Outro," those parts fuse together. The band of percussion heavy musicians with a taste for electronic manipulation and ears full of Sun Ra, electric Miles Davis, psychedelia and South America, favors this off-balanced approach to music making.

Fans of Mazurek's Exploding Star Orchestra and Mandarin Movie will find music to chew on here. He plays cornet throughout the session, blasting echoey shouts of horn into the percussive mix and jamming electronic noise into the, well, noise. Like his Chicago Underground projects, this second SPO recording is about place and time. It is street music from the Brazil subterranean avant-garde and it is confusingly wonderful. 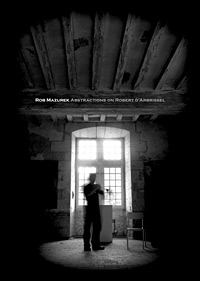 The 900 year old Fontevrault Abbey is the setting for this solo recording by the cornetist. Mazurek was an artist in residence in 2005 at the cultural center, creating paintings, video, text, and sound. This project is in honor of the abbey's founder, a Breton hermit. The abbey has been home to nuns and monks, and later, prisoners, after it was transformed into a dungeon by Napoleon.

The disc is accompanied by a beautiful 16-page booklet documenting Mazurek's stay and reproducing photographs of the trumpeter and paintings he created in residency. While this document centers around the music, one cannot ignore the spirituality and echoes of sound and silence this place evokes.

Unlike his other solo projects Sweet And Vicious Like Frankenstein (Mego 2004) and Silver Spines (Delmark 2002), this recording uses nearly no overdubbing. Where the other two discs rely heavily on electronics and manipulation, this effort focuses on the aesthetics of the recordings space, leaning heavily on the echoes of the interiors and the sounds that bounce and play from the architecture. Looking at pictures of the monastery you understand how the artist was drawn to the mood and pace of life established here in 1110.

The disc opens with the echoes of Mazurek's solo notes as they vault off the ceiling and interior space. He moves slowly, often allowing the sounds to return to him before blowing more energy into the architecture and feeling its return. This deeply moving music is felt beyond its improvisatory nature, as spiritual (with a small s) chamber jazz. As he moves to different locations within the abbey, the sounds change. "Meditations And Skyward Motion" incorporates birdsongs and the final piece, "Sound And Silence," uses the voices of (presumably) visiting tourists. When he moves into different space and the echoes leave, Mazurek displays his facility for delivery of rapid notes, and like his mentor Bill Dixon, the ability to open the possibilities of the trumpet. His favored muted sound, by now his trademark, is both outward sounding and comforting to listeners. He can also be found to accompany himself with some piano and brief electronic passages that never detract from this very special recording.

The Principle of Intrusive Relationships

Tracks: The Body; The Non-Body; The Tomb; Dust To Dust; Meditation And Skyward Motion; The Feet; The Legs; The Torso;Ici On Crave (It Is Dark But I Sing); The Head; Sound And Silence.