By IAN PATTERSON
February 26, 2014
Sign in to view read count 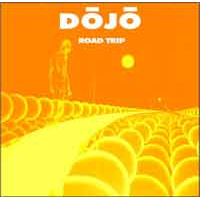 Fusion—long a dirty word in jazz circles—has enjoyed a renaissance in the last decade. In part it's due to the advocacy of lables such as Abstract Logix but the root cause is surely the fact that cross-pollination is increasingly the norm. And whilst fusion mightn't mean quite the same thing it did in the 1970s, these days there's a healthy to-heck-with-it environment whereby jazz, rock, funk and progressive rock can all co-exist in exciting hybrid forms. Dojo is a case in point. It's fourth release since 2004 leans more towards the beat-heavy, melodic end of the jazz-rock spectrum, with enough anthemic riffs and ecstatic shredding to satisfy aficionados of metal and modern prog alike.

Like most rock-based music, Road Trip fares best with the volume cranked up, particularly when guitarist Brian Baggett launches into one of his adrenaline-charged Jeff Beck—meets—Allan Holdsworth solos that liberally pepper the set. That over-simplification obscures the fact that there's some depth to Bagget's compositions and a range of textures.

Electric bass duties are shared between Jeff Harshbarger and Chris Handley, who lay down funk-heavy bottom ends, ply melodious unison lines with Baggett and in general forge a propulsive, groove-based unit with drummer Luke Stone. Both are melodic players, and Harshbarger's solos on the up-tempo "Last Week" and "Big One" and the more pop-centric "Pointe of View" highlight his lyricism.

Though Baggett deals in riffs and spectacular solos on pretty much every track he also mixes it up, employing loops and layered guitar lines on "Baytowne Wharf," which concludes with a darting Spanish flourish of gusto and precision on acoustic guitar. The guitarist employs left and right channels on "Big One," firing off melodic lines in typically jazzy call-and- response mode. There's nice variation in tempo too, from the metalish rush of "Dojo Finger Pickin'" to the more languid "In Times like This," underpinned by composer Handley's delightfully mellow bass. On the latter a programmed beat and deft electronics combine with Baggett's light touch to conjure a significant mood swing in the context of the album as a whole.

"Grand BLVD" moves from a steady, melodic opening groove to epic rock spectacular and then hushed lyricism in the space of a couple of minutes. "Wish I Was There" and "Wrong Way Jam/The Oasis" bristle with energy and are vehicles for Baggett's chops-busting virtuosity. The laid back trio groove of "Summer" frames one last scintillating hurrah from Baggett, with Stone stretching out on the final strait. Whether rocking out, taking off in arching solos or following a mellower course, Baggett's fulcrum—and that of the trio—is undeniably melodic.