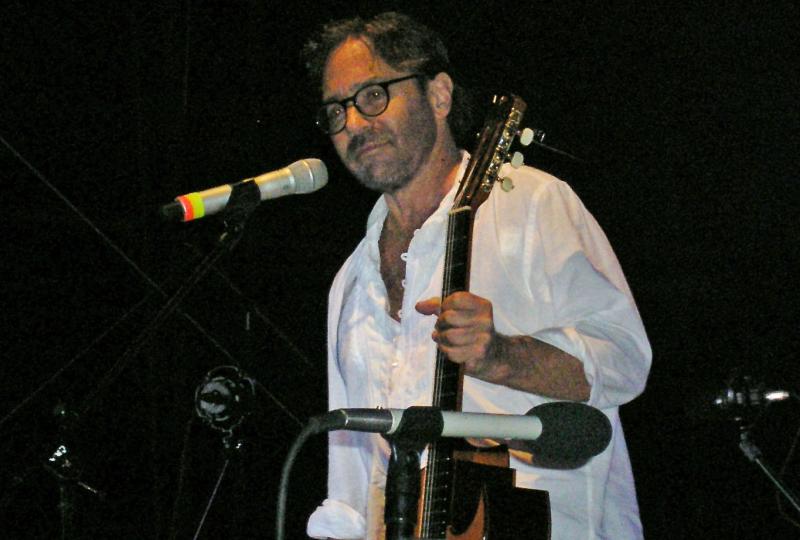 Prior to the concert, Di Meola shared thoughts on his personal guitar style. "I don't think I'm a typical 'guitaristic' guitarist. My first love was drums and percussion and instruments of a rhythmic nature," he mused. "I think this was the element that Paco liked in me—the ability to syncopate with each other while always knowing where the time was."

The crowd shouted in recognition of the first notes of his "Mediterranean Sundance" finale, and again at his encore, "Entre Dos Aguas," one of many enduring Di Meola/de Lucia duets. "This is the first time I've played here," Di Meola roared back before leaving the stage. "We've got to come down here more often!" 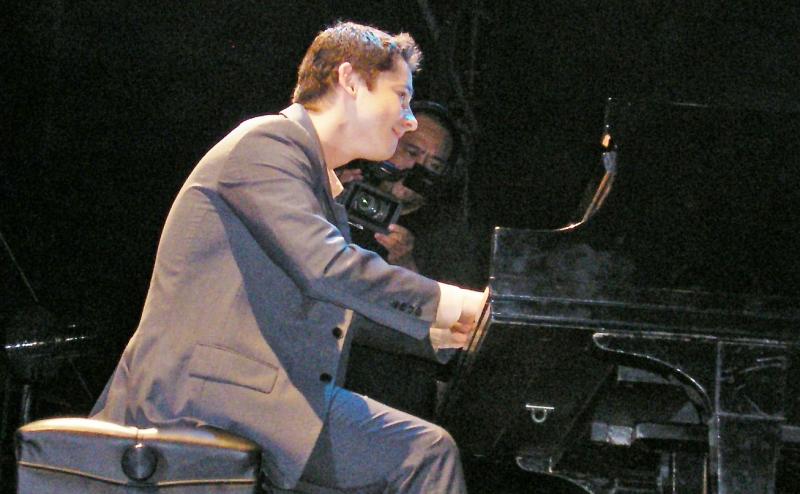 Pianist Eldar Djanirov dazzled the Riviera Maya Jazz Festival with the sheer technique and beauty of his piano (and synthesizer) playing in a trio set. Born in Kyrgyzstan, and then transplanted into the Kansas City jazz scene, Djanirov performed on Marian McPartland's NPR Piano Jazz radio show when he was 11 years old (he returned when he was 18), and released his first album when he was 14. Now 23, he has released several albums for Sony Classical; his current band, with Cuban bassist Armando Gola and drummer Ludwig Afonso, came together through the recording of Virtue (Masterworks Jazz, 2009). Djanirov has also shared festival and concert stages with Dave Brubeck and Pat Martino.

Eldar opened with "Blue Sketch in Clave," his piano playing off the Afonso's accents while Gola connected the two like a rhythmic tightrope, the first installment of a masterfully articulate performance, especially his solo piano interludes, which belied a singular debt and commitment to classical piano and jazz improvisation. Eldar's second tune, "Exposition," seemed to honor the light Latin colors and tones of Chick Corea. He also played the timeless "Bésame Mucho," which he described as "just a beautiful, pure melody." Altogether, Djanirov's performance offered expertly played styles expressed through his surprisingly self-possessed musical vision. "Music has no boundaries," Eldar explained. "Showmanship has culture and boundaries. But music has no boundaries." 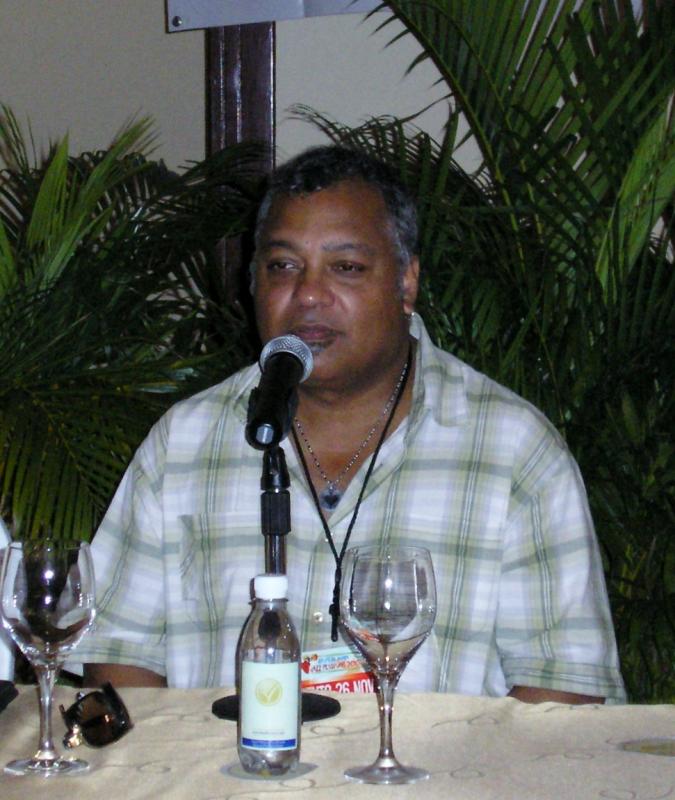 Fronted by three vocalists, but led by guitarist Jean-Paul "Bluey" Maunick, soul-jazz ensemble Incognito shared great respect for R&B traditions from both sides of the Atlantic in its Friday evening headline performance. "Jazz was created, first of all, for people to dance. It was for people in America to go out and party down," Bluey said before the show. "Jazz is not the blues. This is the element of jazz that I've chosen to embrace."

"Thank you for this invitation to your beautiful party!" he shouted to the listeners gathered on the beach, while Incognito assembled onstage. The group spent its set ensuring that the party did not stop, with Bluey's song introductions and explanations guiding the audience through Incognito's performance like a benevolent DJ. The collective groove began in the formative 1970s, with Bluey's Earth Wind & Fire homage, "1975" (the first year that Bluey saw EW&F in concert), a tribute to Stevie Wonder, and Boz Scaggs' sophisticated "Lowdown" blues. Wonder proved a recurring theme, as the band later ripped off hot and heavy verses of "Higher Ground" and "Don't You Worry 'Bout a Thing."

Bluey moved Incognito into other decades with "Deep Waters," Teena Marie's evocative "Nights Over Egypt," and the acid house "Put a Little Lovin' in Your Heart," from Translantic R.P.M. (Shanachie, 2010). He also pulled a hearty and hot "slice of samba funk," called "Expresso Madureira," from this new release; more than just about any other tune, this blistering mixed instrumental of Brazilian samba and funk played by a British R&B/soul collective embodied the multicultural aspects of the Riviera Maya Jazz Festival. 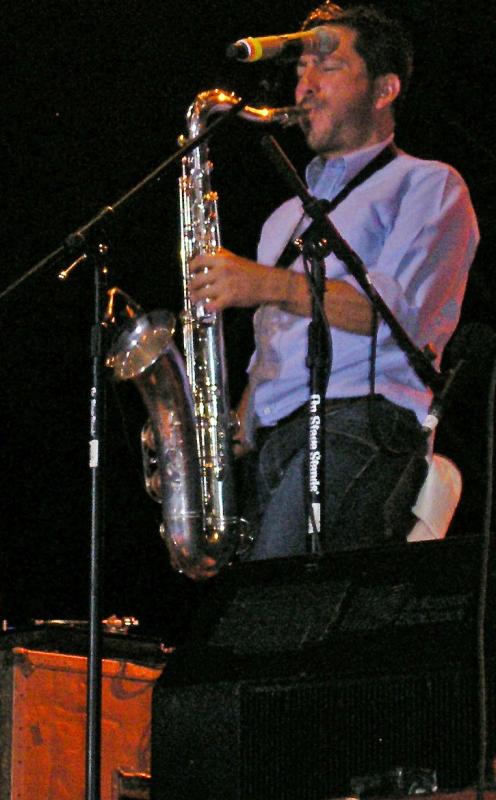 "This is a magical place," said saxophonist and front man Arturo Santillanes before Troker's show. "Just being here where the Mayans were is very special."

Troker's opening set was neither jazz nor rock. But it was smartly arranged like jazz and played with the Dionysian spirit of rock 'n' roll. This was evident from the first tune, "Bórax" which began with acoustic trumpet and saxophone, and upright bass played bowed, Then the bassist switched to electric, the DJ starting looping and scratching, and all hell broke loose. The group shifted into the ferocious yet creepy terrain of "Planeta Terror," with bassist Samo González rumbling out monster funk, chased by Christian Jiminez's nasty clavinet and DJ Mayo's turntables. "7 Machete" and "Chapala Blues" even featured the sweet gypsy soul of mariachi, one of Guadalajara's most famous exports, from the joined sounds of Santillanes' saxophone and Gil Cervantes' trumpet. Troker's performance was noisy, chaotic, sprawling, messy, and altogether wonderful.


Thanks to the Riviera Maya, Mahekal Beach Resort, Mamita's Beach Club, and Turner PR, for their assistance with this article.