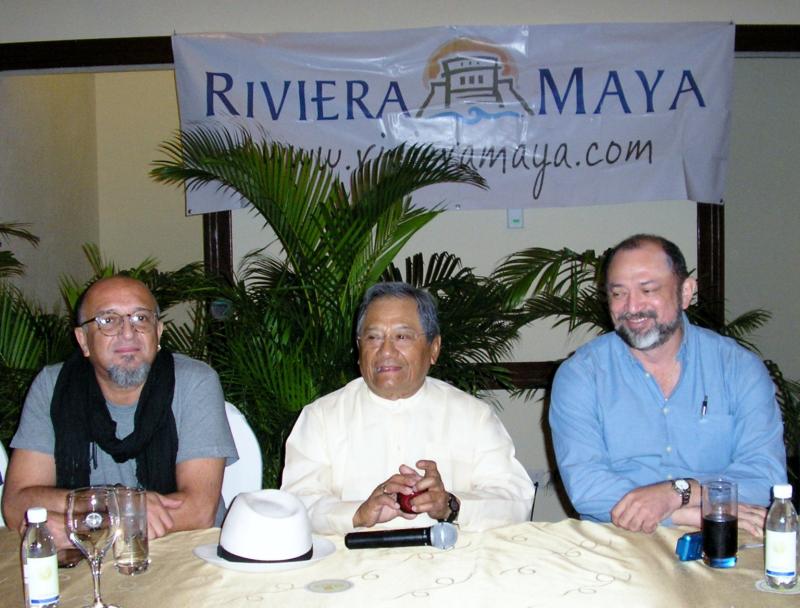 Through her performances on international and national festival bills, concert halls, and television programs in Mexico, Yekina Pavón has commanded one of her country's best-known female voices for more than three decades. In the press conference before her performance, she remembered herself singing for the first time in the family bathroom as a little four year-old girl, because it provided great echo and it helped her escape from certain difficult family situations. "At that moment, I felt the embrace of God," she said. "And I rested. From that moment on, music was my great therapy."

The vibrant colors of Pavón's singing voice and band—all musicians from Mexico, except for her bassist, from Brazil—were great therapy for the listening crowd. The band sketched different Mexican, Latin, jazz and pop scenes with walking bass solos, timbales solos, blues horn riffs, and scat vocals. In ballads, Pavón's voice was enveloping and sweeping; other times, her voice seemed to float or dig down into more earthy tones with her tenor saxophonist. "I've been working very hard for many years," Pavón also said before her show. "But, honestly, for us, we are born with music. It is not an effort. It's a pleasure. I'm going to keep singing until I don't have a voice anymore."

Eugenia Leon is the only singer to represent Mexico in four consecutive musical World Exhibitions. Leon has been called "the voice of Mexico," a romantic voice she has shared from stages in China, Egypt, Morocco, Spain, the US, and just about every other corner of the globe. Prior to this Festival, she released her tribute to music from different eras of Mexican cinema, Cine (IC21, 2010). But can she sing jazz? "Even though my music is not really typical jazz, my music has open structures and features music from all over the world," she explained. "Latin American music is very important in my repertoire." 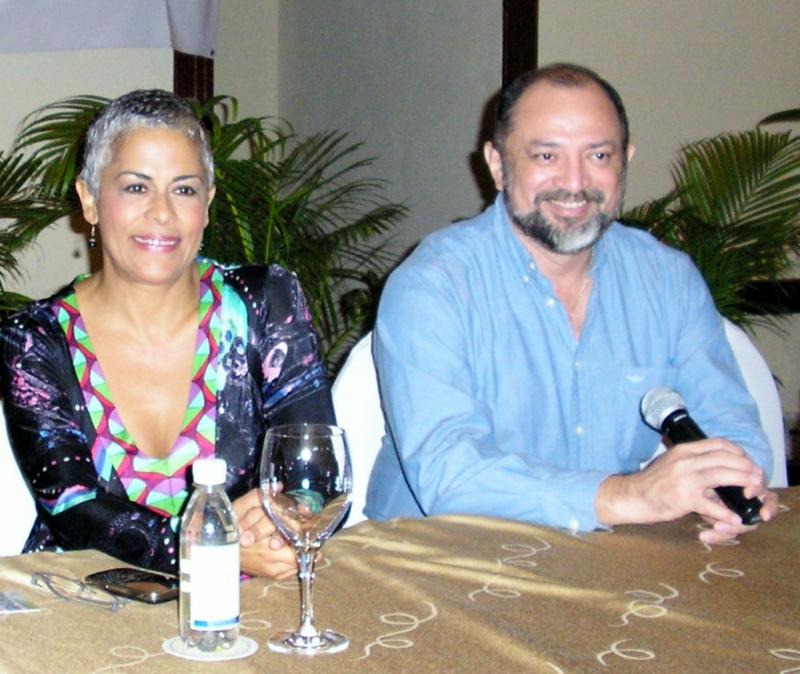 "Songs are like love affairs," Leon later suggested. "You have to let them go because you know they'll come back." She sang in a voice as romantic as that suggestion, in a style that did not stress the upper or lower edges of her vocal range, but pulled every ounce of emotion and beauty from the notes that she did sing. Leon looked out over the crowd at the end of several tunes to find many couples standing and swaying in locked embrace, and her encore "Luz" was transcendently beautiful and deep, like the moonlit ocean nearby.

"The best languages for love are songs," concurred composer, pianist and vocalist Armando Manzanero, the 2010 Riviera Maya Jazz Festival's final headline performer. Manzanero should know: He has written more than 400 of them, for which Manzanero, often referred to in Mexico as "the maestro's maestro," received The Latin Recording Academy's prestigious Lifetime Achievement Award at the 2010 Latin Grammy Awards.

With hot and heavy support from La Big Band Jazz de Mexico, Manzanero conducted the Festival's final performance like an old fashioned revue, serving as MC to introduce other vocalists and performers, and performing his own music on electric piano in between. He began "It's Impossible," one of his most famous songs (introduced to the US by Perry Como), by himself on piano, revisiting the lyrics and melody like an old friend.

La Big Band Jazz de Mexico stoked the festival's final flames even before Manzanero walked onstage. They blasted a big band arrangement of "I'll Never Go Back to Georgia" from their orchestral furnace, losing none of its torrid Latin funk in the large instrumentation of an orchestral ensemble; if anything, the mass of the band seemed to make "Georgia" rock more powerfully, and it rolled from the stage and washed over the crowd on the Playa del Carmen beach like a tsunami of congas, timbales, brass, and hot syncopated rhythm. Subsequent vocal performances from the Beaujean Sisters, Jennifer and Ingrid—"Louisiana Sunday Afternoon," "Alright, Okay, You Win," and the Spanish classic "Granada"—also beautified the orchestra's introductory set with charming grace.

Thanks to the Riviera Maya, Mahekal Beach Resort, Mamita's Beach Club, and Turner PR, for their assistance with this article.