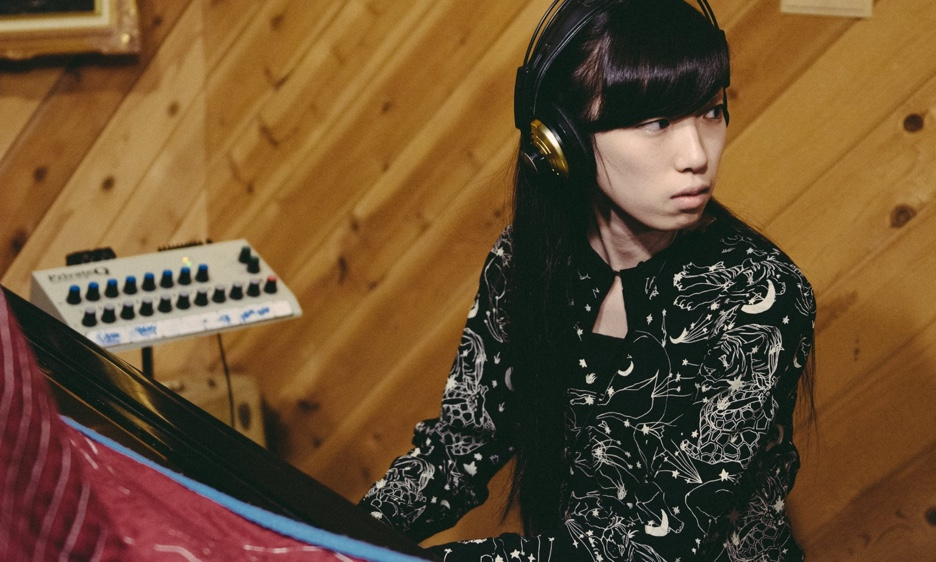 By HRAYR ATTARIAN
March 11, 2019
Sign in to view read count
Born in Japan, up and coming pianist Rina Yamazaki has lived in in the USA since she was accepted at Boston's prestigious Berklee College of Music on a full scholarship in 2015. Both before moving to the US and after Yamazaki has earned a number of well-deserved accolades for her high-level musicianship. From receiving the Jazz Performance Award soon after arriving in Boston to placing second in the Ellis Marsalis International Jazz Piano Competition in 2018 Yamazaki has amassed several laurels in the span of few years. She has also toured Japan, the US and Europe and appeared on TV on "The Late Night Show With Stephen Colbert." Yamazaki also placed third in the 2018 edition 7 Virtual Jazz Club's Contest. Below she discusses her journey in jazz so far.

All About Jazz: How old were you when you started studying music?

Rina Yamazaki: I started studying music when I was 3 or 4 years old. My first instrument was the electone (a Yamaha produced electric organ).

RY: I got into jazz after I started studying with pianist Makoto Ozone at the Kunitachi College of Music in Tokyo and focused on jazz music from then on.

AAJ: Did you always study piano or did you try other instruments first?

RY: I played the Electone until I was 17 years old and then switched to the piano.

AAJ: You started performing at jazz venues in Japan in 2011? How was your first performance?

RY: My first performance occurred at the Blue Note in Tokyo. I was playing in a big band named "Gemstones Jazz Orchestra," along with 5 of mu classmates and our professors. The show was presented by Makoto Ozone. At the time, I had no idea how prestigious this venue is. I was just happy to perform in front of an audience surrounded by professors including my teacher, Makoto. There, I had the opportunity to perform a song called "Cubano Chant" as a solo piano piece. I remember practicing this song relentlessly before the show, trying to make it as good as possible, with the help of Makoto. For all these reasons, this show and the memories associated with it have a special meaning to me. That's why I decided to dedicate this song to Makoto when I performed it at the Dizzy's Club Coca-Cola in New York as a winner of the Ellis Marsalis International Jazz Piano Competition, 7 years later.

AAJ: Other than Makoto Ozone with whom did you study and who are your other influences?

RY: I had the chance to study with drummer Ralph Peterson, being the pianist for his ensemble while I was studying at Berklee College of Music. During the lessons, he was always giving me insightful advice such as: "Always listen to other people" "Don't overthink, just play and feel the music!" or "There is no energy in your performance." Playing in his ensemble and being around him made me grow so much, through his constructive criticism and him sharing his incredible knowledge. Another reason Ralph influenced me so much is for the fact that I had the opportunity to perform with him at the Bern Jazz Festival 2018 in Switzerland as well as playing with the Mark Gross Quintet featuring Ralph on drums. Ralph was my music teacher in college, but he also introduced me to the professional side of music and the "real world" through these great musical experiences.

AAJ: What are your "Desert Island" albums?

AAJ: You were accepted to Berklee College of Music on a full scholarship. Was it a culture shock moving to the US?

RY: It was definitely a big culture shock. I feel like in Japan, people don't really speak openly about what they think on a given subject. We mainly try to avoid disagreement and sometimes end up being introverted. But in the USA, people are more open about their convictions and thoughts in general. At first, this change was particularly difficult to overcome for me. It felt like I didn't have my own opinion about things, and after realizing this I tried to ask myself, "What am I thinking and what do I truly want for myself?." This shift in the way I approached life was actually really good for me and the way I interacted with other people. In many ways, this also applied to music and Jazz. Jazz is, after all, a conversation.

AAJ: You have performed in multiple countries and multiple venues including on The Late Night Show. Who was your favorite audience?

RY: I most enjoyed the audience at the Ellis Marsalis International Jazz Piano Competition. They clapped and smiled throughout the performance, were so attentive and passionate about each finalist's performance... That kind of positive energy really came through and made me enjoy playing music for them even more.

AAJ: Any particularly fond memories of your travels that stands out?

RY: Definitely the Ellis Marsalis International Jazz Piano Competition 2018. The Competition was held in Huntington, West Virginia in USA. It was such a great experience to meet with the other finalists, Mr. Ellis Marsalis himself, as well as all the judges Branford Marsalis, Arturo O'Farrill and Jon Batiste. Spending time around such talented musicians was extremely exciting. I also had the honor to perform with incredible artists during the competitions such as Jerome Jennings, Dezron Douglas, Mimi Jones, Duyone Seok and Camille Thurman. On top of all that, the staff at Nu Jazz Agency and Marshall University, responsible for organizing the competition took great care of us. I ended up winning Second Place and the Nu Jazz Agency's Chico & Lupe O'Farrill Award for Best Original Composition. I felt so honored to be selected as one of the winners but my best memory from that experience really was meeting with all the other musicians and seeing the smiles on the faces of our audience after the concert. Connecting with people through music is really one of the best part of being a musician.

AAJ: Lastly, do you plan to release a recording and when?