Rickie Lee Jones Sings the Most

By C. MICHAEL BAILEY
May 19, 2013
Sign in to view read count
Scotch whiskey is an acquired taste; you must first be introduced and develop a relationship with it before this strong water reveals her charms. The same can be said for the singing of Rickie Lee Jones. A hipster in the late-1970s, Jones grew into a blind sage prophetess, showing how others' music could be experienced differently.

Jones has recorded three "standards" (and I do use that word loosely) CDs over the past 20 years, each evolving into the next. 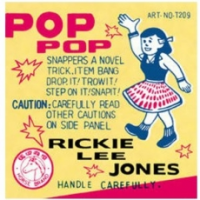 Pop Pop is almost what you would expect of Rickie Lee Jones for a "standards" collection. Hipster Jones released her first recording, eponymously named, with its single "Chuck E's in Love." She was too cool for school and too fly for pie, and that is what makes a project like this perfect for her. Queue up Bobby Timmons' "Dat Dere" and it is as if Oscar Brown Jr. penned this lyric for Jones to deliver. That said, the selections are, while not exactly predictable, are, at least, not surprising.

Beside standards "My One and Only Love" and "Spring Can Really Hang You Up The Most" is Jimi Hendrix's "Up From The Skies." Jones' Hendrix is arranged hard bop telegraphed with a walking double bass and acoustic guitar. "Bye Bye Blackbird" is sung far behind the beat...far enough to cause tension that is released when Jones slides up to where she belongs. "The Ballad of the Sad Young Men" follows "Dat Dere" in Jones making it her own. Comparing Jones' to Anita O'Day's version demonstrates the sheer durability of the Great American Songbook to diverse interpretation.

The presence of bassist Charlie Haden, saxophonoists Bob Sheppard and Joe Henderson and guitarist Robben Ford, all tempered with the bandoneon of Dino Saluzzi make this recording an aural pleasure canal down which to restfully float. Jones' voice is well suited for this type of project, it is both unique and flawed enough to sing anything, making it her own, not unlike the Band's Richard Manual singing Tin Pan Alley. Pop Pop is a treat. 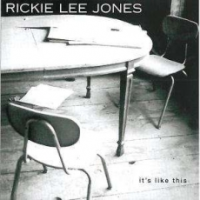 It's Like This is more fully realized and enjoyable than either Pop Pop or The Devil You Know. Her band is larger and more integral to the overall sound of the recording as a whole. Her song choice is broader and more eclectic, featuring Charlie Chaplin's "Smile alongside Traffic "Low Spark of High-heeled Boys" the former given a stark and heartbreaking treatment, while the latter takes on a darker, more introverted, character. Jones' interpretation of Steely Dan's "Show Biz Kids" yields a keen hipster's kiss-off.

The disc is anchored by the Great American Songbook with: "The Street Where You Live," "I Can't Get Started," "Up A Lazy River" and "Someone to Watch Over Me." On this quartet of songs, Jones reveals an uncanny interpretive power found nowhere else on the three recordings considered within. She brings a fertile and organic approach to these warhorses, making them more reconsideration that reinterpretation. It's Like This is Jones' definitive statement in cover tunes. 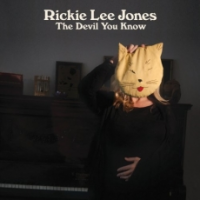 The Devil You Know

Rickie Lee Jones' most recent collection of "standards," The Devil You Know is her most fractured and deconstructive. Where she previously populated her instrumentation generously, here she strips down to near nothing. She shows no fear in her interpretations, all of which she condenses to a bare minimum with the aid of Ben Harper (who produced the recording) and David Lindley. Jones selects songs primarily the late '60s and early '70s, the heyday of the Stones- Faces-CSNY-Band axis. What is not included here are the Great American Songbook pieces that peppered her two previous offerings save, perhaps for a turgid "St. James Infirmary" which can be relegated to the New Orleans style jazz/blues.

Jones reads "Sympathy for the Devil" and "Play With Fire" as languid, sung through honey and opium. These performances are jarring and polarizing and might be first heard as Jones suffering chemical slings and arrows. Recalling her early work—Rickie Lee Jones (Warner Bros, 1979) and Girl at her volcano (Warner Bros, 1983)—and we are reminded she has always been this way, just this time she is plying her art to others' songs.

Jones sings Robbie Robertson's "The Weight" like John Hiatt was playing piano and Bob Dylan was singing. Her voice and technique are iconic and informed by her lifetime of listening to others' music. She similarly transforms Theodor Anderson's "Seems Like A Long time" and Tim Hardin's "Reason to Believe," both of which derive from Rod Stewart's 1971 masterpiece Every Picture Tells a Story (Mercury Records): laconic and relaxed. She sings Van Morrison's "Comfort You" (from Veedon Fleece (Warner Bros, 1974)) with pure empathy. This is not a great RLJ recording, but it is better than the majority of its peer and that makes it alright.

Tracks: My One and Only Love; Spring Can Really Hang You Up the Most; Hi-Lili Hi-Lo; Up From the Skies; Second Time Around; Dat Dere; I'll Be Seeing You; Bye Bye Blackbird; The Ballad of the Sad Young Men; I Won't Grow Up; Love Junkyard; Comin' Back To Me.

Tracks: Show Biz Kids; Trouble Man; For No One; Smile; Low Spark Of High Heeled Boys; On The Street Where You Live; I Can't Get Started; Up A Lazy River; Someone to Watch Over Me; Cycles; One Hand, One Heart.

The Devil You Know

Tracks: Sympathy For the Devil; Only Love Can Break Your Heart; Masterpiece; The Weight; St. James Infirmary; Comfort You; Reason to Believe; Play With Fire; Seems Like a Long Time; Catch the Wind.