By PHILLIP WOOLEVER
June 15, 2017
Sign in to view read count 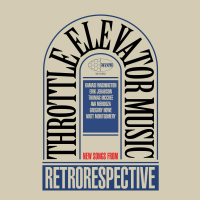 Besides being a well-played selection of powerful music, this is an exciting, top-tier timepiece offering insight on the development of star saxophonist and composer Kamasi Washington a few years before he exploded onto the musical landscape.

This release is not actually the most recently recorded work by the project's initial group, who played together most extensively around 2011-12.

Washington's rise was no fluke, as this effort proves again and again. He developed chops in some fine and varied musical frameworks, in this case a tight musical unit from the San Francisco Bay area. It's a very worthwhile listening experience in both history and quality.

"Liminality" opens the album with a slow, seductive cadence as Washington's lightly simmering sax bursts in like rays of illumination through rising underground steam. By the three-minute mark he's hit full Kamasi mode, before settling back into a foundational groove with trumpeter Eric Jekabson, whose flugelhorn solo demonstrates his own considerable chops and shows Washington as a team player providing solid support.

The track segues directly into "Playing the Alleyway," an orchestral ballad bolstered by neatly scattered beats from drummer Thomas McCree. Jekabson returns to the fore until the melancholy "February Drift" arrives like the next movement in a suite. Ava Mendoza adds a soft mist of guitar accents, like a first kiss or a goodbye.

Guitars are prominent on "Flux and Solder," with fine fuzz from Mendoza and deep bass tones from Matt Montgomery, who also plays piano.

The title track is a slick piece of bluesy soul. Jekabson cranks it up, and Washington takes it home. This piece and the following, "Second Liminality," provide the clearest vision of which direction Washington was heading as he climbs the register. A spacey, hypnotic shuffle ensues as Mendoza hits some laser licks. She is a welcome wild card throughout.

"Subtract Limited" and "Rapid Rotation" are a pair of good rockers. Washington blasts off into a spiraling climax until "February 15" offers a conclusive, calming counterpoint, like a meditative breath.

Besides excellent musicianship all around, the production maintains a live feel that gives the album a special, subdued spark. The chemistry is strong, as the ear will confirm.

Producer and arranger Gregory Howe, who founded the Wide Hive studio and label in Albany, California was ahead of the curve on this project, on which he also pitched in as a songwriter. Howe described the basic chronology of this release.

"Retrorespective was recorded the day after the first Throttle Elevator Music at Fantasy Studios in 2011 (by the entire band). Erik recorded several solos afterwards at Wide Hive. The songs were tracked by Matt Montgomery and myself."

"Kamasi came through Wide Hive in 2014 when he was mastering The Epic(Brainfeeder, 2015), and in a two day session he played on fifty eight songs. There are still a few unreleased tracks. It was an incredible session."

Core members of TEM share ongoing projects. They definitely struck gold when Washington came aboard. With this intriguing album, anyone who wasn't already familiar with Throttle Elevator Music will more than likely want to hear more.