Respect to Aretha at Barbican Hall 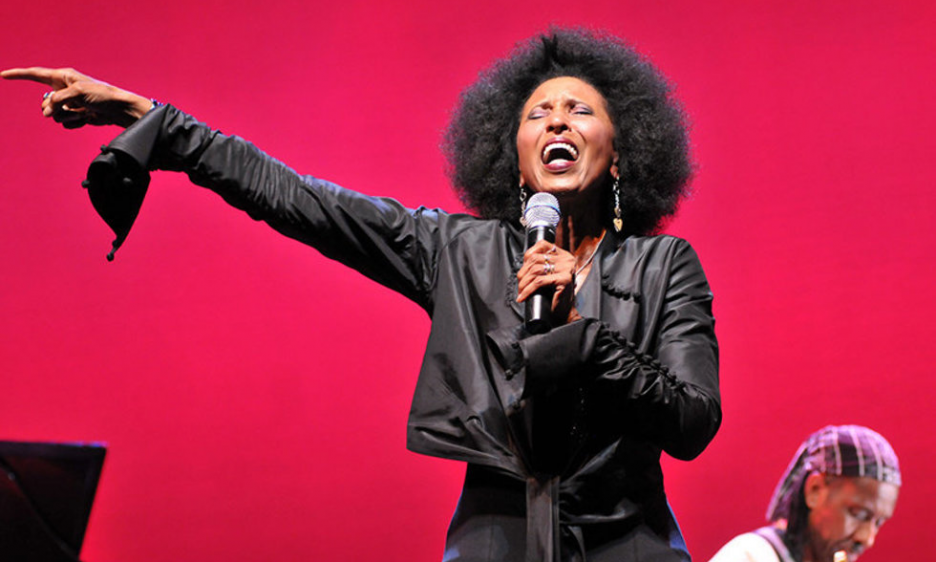 Great artists deserve posthumous tributes worthy of their talent—and sometimes they get them. So far, Aretha Franklin, who passed in 2018, is doing well. The long-delayed release of the 1972 documentary Amazing Grace (Studiocanal, 2019), a film of Franklin recording her Grammy Award-winning album of the same name, while not strictly speaking a tribute, is a glorious celebration. Whether the Hollywood biopic Respect, scheduled for 2020, will be another winner only time will tell (the casting of Jennifer Hudson, Franklin's own choice for the central role, is encouraging).

Tonight's joyous affair at London's Barbican Hall did Franklin proud. It was structured like an old style Stax or Motown revue, with Franklin's contemporary, the Peter Pan-ish Afropunk Nona Hendryx, topping the bill and New York's ever kicking Afrobeat ensemble, Antibalas, taking the back-up roles of Booker T & The M.G.'s and the Funk Brothers. Each of the five featured headliners took three songs from Franklin's repertoire.

Antibalas has form when it comes to high-end tributes: it was the onstage band during the Broadway run of Fela! The Musical, the three time Tony Award-winning salute to Fela Anikulapo-Kuti. The group also has form when it comes to Aretha Franklin events. In 2017, it was the house band at New York's Carnegie Hall for a multi-artist show titled The Music Of Aretha Franklin.

Respect to Aretha ran for ninety-five rapid-fire minutes with no interval. It had been staged in Paris the previous evening and that showed. It was tight. Antibalas opened with "Chain Of Fools," "Deeper Love" and "Jump To It," its eleven-piece lineup augmented by four backing vocalists. Fast-rising British woke jazz star Zara McFarlane was up next. Most of McFarlane's experience to date has been fronting small bands and it took a couple of numbers ("I Say A Little Prayer," "Hello Sunshine") before she took control. She was not helped by an unsympathetic mixing desk. But she got there and her scat solo on "I Never Loved A Man" had the audience roaring.

Unlike McFarlane, British soul belter Alice Russell does not do nuance or subtlety. She starts at full throttle and stays there. An entire evening might be borderline jackhammer, but a three-song set is perfect. After "The Weight" and "Bridge Over Troubled Waters," Russell closed with "Rocksteady" and had the audience on its feet.

New York's consummately hip José James followed with jazz-based interpretations of "Day Dreaming," "Don't Play That Song" and "Nobody Knows The Way I Feel." He resisted any temptation to channel Franklin and kept his elegant cool and it was swinging and fresh and lovely. James took the show to a new level.

Soul survivor Bettye LaVette was a funky delight on "Lee Cross," "Ain't No Way" and "Soulville." A friend and contemporary of Franklin's—the two grew up near each other in Detroit—LaVette is still out there and cooking. The monarch of the evening, however, was Nona Hendryx. Lithe and svelte and looking forty years younger than her actual age in a Labelle-era gold-lamé space suit, her voice and stagecraft as immaculate as ever, Hendryx gave a sensational performance. "Until You Come Back To Me" and "Think" had everyone on their feet. Closer "(You Make Me Feel Like) A Natural Woman" was ecstatic and moving. No-one has yet to match Franklin's performance of the song, but Hendryx came close.

The show closed with the whole cast back on stage for "Respect." Truly, a night to remember.