By BRUCE LINDSAY
October 25, 2014
Sign in to view read count 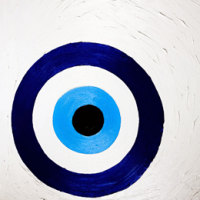 Eyeshutight is a piano trio, formed in 2010 in the UK city of Leeds. Resonance is the trio's third release, an album that impresses even in the crowded and competitive world of the jazz piano trio, with a mix of lyrical sweetness, hard grooves and catchy rhythms.

Officially, the band name is pronounced Eyes Shut Tight—Isha Tite seems more appropriate, but apparently the band did originally call itself Eyes Shut Tight before conflating the words into something more concise, if more confusing. Bassist Paul Baxter leads the band, with pianist Johnny Tomlinson and drummer Kristoffer Wright (whose use of mallets is one of the highlights of this music). Although the album credits only list the acoustic instruments there's also a fair share of electronics at play—a reflection perhaps of the acknowledged influence of the Esbjorn Svensson Trio (e.s.t.). The band also acknowledges inspiration from, among others, The Bad Plus and the classic Keith Jarrett Trio with Paul Motian and Charlie Haden. It's worth noting that Baxter runs 5 Pieces Of Silver, a band devoted to the music of Horace Silver.

No composer credits are given, which may or may not indicate that these tunes are whole band compositions. "Resonance" opens with a gaggle of human voices all apparently intoning the definition of the word, underpinned by a simple electric keyboard melody which gradually gets some electronic adjustment. The tune really gets under way around 100 seconds in, when Wright kicks off a tough drum pattern, followed equally emphatically by Tomlinson and Baxter. The tune progresses with shifts in mood, tempo and textures—often occasioned by shifts between acoustic piano and electric keys—that still surprise after repeated listening.

Eyeshutight really shines when it puts the electronics to one side and focuses predominantly on acoustic instruments—which it does for the great majority of the album. "The Precipice" is a strongly rhythmical number, with something of the Neil Cowley Trio's punch and attack about it—admittedly there's some electric keyboard in there too. "Re: Sounds" and "Transition" both build on the foundation of a hypnotic groove—"Re: Sounds" adding occasional bursts of more assertive activity. "Hit & Hope" is exquisite: calm, meditative, playing from all three musicians.

The "hidden track" did seem to be an affectation whose day had passed, but there's another tune tucked away after "Re: Sounds." Uncredited and untitled, it opens calmly enough, Tomlinson's piano to the fore. This promising start soon falls away to be replaced with a re-statement of the opening track (in reverse, the voices sounding even more chaotic). After a few seconds of silence mid-way through, the track morphs into a gentle, folkish, tune that mixes the sounds of two previously unheard instruments (possibly mandolin and mbira?) along with children's voices. An unexpected but affecting way to finish Resonance.