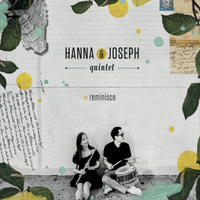 H & J Quintet's Reminisce easily separates itself from most jazz releases with its heavy influence of Brazilian and ecclesiastical music, an original combination that already makes the album refreshing. The flute—not a common item in jazz circles—is also an integral part of their sound. Consisting of Berklee alumni, H & J Quintet is a contemporary jazz outfit with a unique sound. Their music is charming and direct, often mixing the sophistication of modern arrangements with the appeal of timeless melodies and creative ideas. Their debut effort has the confidence and boldness of a record from well-seasoned veterans.

As the title alludes, Reminisce has an evocative, nostalgic tone that tips its to the golden age of the genre. It also has a spiritual quality adding substance to its softly inviting tunes. The group experiments with bossa nova, swing, and samba with youthful exuberance and unyielding passion.

The opening number, "Softly and Tenderly," works as a perfect mood setter. There are numerous excellent cuts on the record but "Prayer for Boston" is definitely one of the most touching: an emotionally powerful composition with plenty of heart. "My Father's World" appears in its studio version as well as a live rendition at the end of the album, giving listeners insight into the group's abilities on a stage. Where H & J Quintet will journey to next remains to be seen, but Reminisce is a preview of an eclectic and adventurous future.