By NENAD GEORGIEVSKI
May 16, 2019
Sign in to view read count 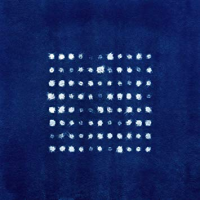 With each release, Icelandic composer Ólafur Arnalds goes from strength to strength. Over the years, he has drawn from varied experiences in different genres of music, and as a result he has steered away from straightforward orchestrations and obvious classical experimentation and has favored a hybrid sound that intertwines electronics with acoustic instruments. As such he has become a part of a generation of a new and innovative breed of neoclassical composers such as Max Richter, the late Johann Johannson, Nils Frahm, Peter Broderick, to name but a few. This combining of fundamentally opposite worlds of orchestral and electronic music isn't entirely new, and these two have, on occasion, meshed together to create truly inspirational music. These worlds have been intersecting and colliding in a special way in Arnalds' music. His oeuvre is imbued with an incredibly rich sense of atmosphere that he has mastered to a fine degree. As a result, there is some sort of quiet intensity to his music that is impossible to deny. It's an approach that Arnalds has explored on his previous output but on Re: member and String Quartets it is fine-tuned to a new level and the results are magical, unconventionally beautiful and a thrill to experience.

Even though each individual track has its own specific aims, Re: member and String Quartets seems to meld together into a satisfying whole. Arnalds is an imaginative and colorful sonic sculptor whose compositions seem to flow in and out of the consciousness with no regard for anything other than the whole. On the surface, it gives the impression of light ambient music but on close listen it reveals this is not mere wallpaper music. This is not a recording that yields its secrets easily. Instead, it revels in rich emotional shading and it reveals a wealth of details, shades, nuances, and sublime melodies. Sometimes the melodies are often so quiet and interwoven into the textures that an upward adjustment in volume is required. The pillow-soft synth/strings melodies are lake waves on oceans of cinematic textures and ambiances where each track both lifts the spirits as it soothes them.

The electronic elements on Re: member and String Quartets are sparse but employed appropriately. Arnalds has developed a software that has allowed him to manipulate the rhythm and the tempos in order to create a loop with a pair of self-playing pianos which respond to his playing. In turn, Arnalds responds to what the pianos play back to him. All of this has contributed to welcoming unusual melodies and unexpected turns and twists in the process of making of this music without disrupting the album's flow. The moods and the beauty are never neglected and each composition never feels rushed.

Also, a part of this special edition of Re: member and String Quartets is an EP with previously unreleased string quartets. This special edition comprises of another 7" vinyl and this bundle, as a whole, was released for the Record Store Day 2019 occasion. It consists of three tracks taken from the album and re-arranged by violinist and producer Viktor Orri Arnason. The quartets are characterized by a multi-dimensional atmosphere and depth that is reminiscent of Arnalds' previous output such as the soundtrack work. The music is tender and melodic but buoyed by Arnalds' lyrical melodies and Arnasons' nuanced arrangements.

Adorned in a beautiful blue design, Ólafur Arnalds' Re: member and String Quartes including the bonus String Quartets EP is as compelling as anything he has put to tape. It is a beautiful collection of vignettes that together create a tangible and enchanting whole.