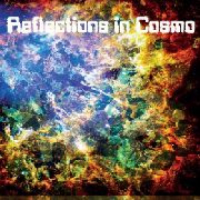 Comparisons to Bill Laswell's Last Exit band with guitarist Sonny Sharrock are noted on the record label's website along with the quartet billed as purveyors of Skronk and free jazz. Add a few semblances of experimental prog-metal and jazz rock into the mix and you should have a good reference point for what this Norwegian band is all about. Moreover, saxophonist Kjetil Moster has gained prominence as a leader while his band-mates emanate from various well-known prog rock outfits and assorted cross-genre type excursions.

Moster provides insight into the origins of this ensemble, stating that "This band was initiated by Thomas and Ståle ... They have been releasing albums on Rune Grammofon under the name Humcrush for 15-years and they wanted to try out an expanded direction, both in terms of band members and references." Either way, the musicians' energized modus operandi may equate to some phantasmagorical notion of a musical Godzilla stomping its way through a busy metropolis.

With Hans Magnus Ryan's howling guitar lines, Stale Storløkken's spacey and at times, ravaging clusters atop the rhythm section's shock and awe groove enactments and Moster's tornadic phrasings, the quartet unleashes a galactic punch. On pieces such as "Cosmic Hymn," the band's torrid free jazz stylizations are contrasted by bizarre sound-sculpting treatments and Strønen's power-packed drumming. Yet "Perpetuum Immobile," is designed with a wavering pulse, augmented by a huge wall of sound and slinky bass notes. Here, the ensemble is seemingly firing missiles into the netherworld, partly due to the keyboardist's sweeping organ passages and unwieldy noise-shaping metrics. No doubt, it's a boisterous soundscape.

"Reflections in Cosmo" is a frisky jaunt, armed with a polyrhythmic foundation and Moster's reverberating tenor sax phrasings. Other movements bask in streaming EFX and flourishing themes, often structured with an irrefutable sense of urgency or when Strønen is pounding out a simple rock pulse as a forum for Ryan's gritty guitar heroics. Ultimately, the artists accomplish quite a bit in a relatively short timeframe. It's an invigorating mind trip from start-to-finish, centered on a highly entertaining form-factor!