Reefer Madness and Me 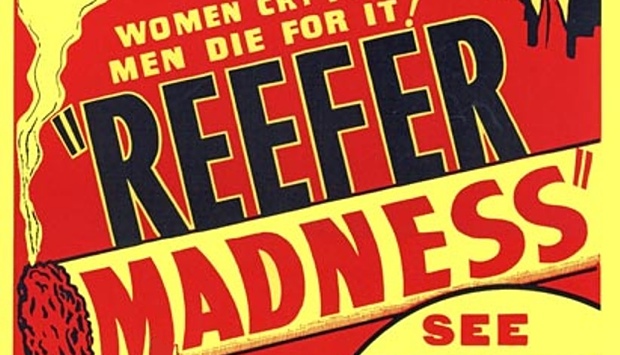 By MORT WEISS
June 12, 2012
Sign in to view read count
How the above title turned me on to the love of jazz. It was 1939 and I was four years old and my parents took me to my first moving picture show that being the above (I kinda had eyes for Gone with the Wind) and to hear Clark Gable say that filthy word at the end of the movie—but they had other plans—maybe because the title on its release was Tell your Children. It was financed by a church group as was Ed Wood's Plan 9 from Outer Space—hmmmm. Whatever, but when it got to the part were this chick had done up about 25 joints and was WILDLY & MADLY playing the piano at some insane tempo—and the brutally vividly mad look in her eyes—well, let me tell you, I completely forgot about Gone with the Wind and the filthy word. Man!! That was it. That was what, and where, and how I wanted to be for the rest of my life. Yes it did lead to some problems during my early years—but that's another story.

Fast forward to 1957-1965. I made it! I achieved my wish of years ago and became that person (and all that went with it, from my first movie) Yep, took me some time but I made it. I always was diligent in my pursuits! Oh yeah! Most of you know the Mort Weiss Story by now—if for some strange and sinister reason you don't—well, go and Google "Mort Weiss" now. I'll wait—go ahead—hum de dum da-de da mm la de—O.K. YOU'RE BACK. Onward. This is my first article that I've done exclusively for ALL ABOUT JAZZ and let me say how happy I am to be here. And as you all know, this is the hippest jazz site in the world. And now a little something about me.

I really don't care much for jazz. The playing of it-listening to it or the writing about it. But then again it's hard to turn ones back on all the BIG BUCKS that doing it offers. It's also very hard to think and write with ones tongue firmly planted in ones cheek. Since this is primarily a get acquainted article I would like to point out that AAJ has been running and archiving some of my previously published articles from another very hip site SOMETHING ELSE REVIEWS the last week or so. If you read nothing else that I've written I hope that you would read my article entitled The State of Jazz, Coltrane Clones, and the Noose of Technology. No chuckles in this one—but it strongly expresses my musical core values being one that has been there-done that and has taken pictures. I don't just talk and write about it—I DO IT! If that sounds attitudinal, it probably is. By now you're possibly aware that I'm not a writer, no, I'm a storyteller and a JAZZ CLARINET PLAYER bop, post bop. At this time I must thank my editors here at AAJ for cutting me the slack in telling my stories in the rhythm and parlance from whence they came. I'm used to telling my tales through my AX.

It would bode well for the reader (that is a serious listener of the music) that if I use words—slang or mention names that you're not familiar with regarding the music—to do a Wikipedia on said things and persons. It would and WILL greatly enhance your enjoyment in your adventure on your journey in and through the world of jazz.

Back in 2006 the very astute and talented R.J. DeLuke and I did a phone interview together called "Mort Weiss Sets Sail on Jazz"—or some thing like that (during my 40 year hiatus I became heavily involved in racing sail boats off of Newport Beach California in local waters and internationally.) But that too is another story. I can talk, and it's been said that I have a weird sense of the absurd and during the interview with R.J. I said to him that I had spent time in a Punaitentiary. Well when I read the interview, in referring to my drug and alcohol problems that yes WEISS had indeed spent time in a PENITENTIARY well what the hell I thought. It was one of those (THEY SPELLED MY NAME RIGHT) things, and I never mentioned it till now. When I looked at it the other day I was happy to see that it had over a thousand recommendations! Hey R.J., lets do lunch some day soon. No, never was in a penitentiary—but arrested and thrown in jail many a time mostly for D&D fighting telling the wrong person to fuck off! Playing bebop in a hospital zone and one that I'm kinda proud of—and that is—stalking smooth jazz players grabbing them and tying them up and making them sit and listen for hours to Bud—Bird-ALL of the SONNYS-Miles-and Clifford and others. When brought to trial and a jury of my peers was impaneled well of course I was found not guilty of doing any wrong—and it was even suggested that I be given some sort of a medal or some other award from the city in that I had contributed in making Los Angeles and the world a more desirable place to live, work and play. Ah yes, those were the days my friend—we thought they'd never end—THANK GOD THEY DID!!!

This coming August I'll be going to L.A. (for those of you in Bensonhurst, LOS ANGELES) to record a new album (not CD).

Number ten since my return to the scene—one might even say ten years after. Hmmm... There's a name there. Where is Joe Gooch now? I'm very much looking forward to doing these articles for All About Jazz and I'm flattered that they've asked me to share some of my experiences and stories with you. I've lived a life of many varied experiences and worn many different hats, but it has always been about the music always. I wish you all nothing but the best in life.