After singer Rebekka Bakken ignited an intimate evening before a comfortably snug, sold out gathering of 303 counted customers, it seemed that—promotionally at least---she's been characterized with too soft an edge.

Bakken may, indeed, be marketed too gently. On recording covers and publicity photos she often appears as some sort of sexy, earth mama. Live, Bakken is actually a rowdier vagabond, at least judging by her Dusseldorf appearance, in a sweet brew of storytelling, sensuality, and self-reflection. At Zakk, a politically and poetically active venue with rock roots, Bakken's return engagement was a diamond in the rough, emphasis on "rough."

"Concert night is so much about the moment," said Bakken. "Every night is different. It's about grabbing that night. No matter how you feel, and sometimes it's not easy; you go out and you create what is to be created, then and there. I love it."

In a 90-minute set with many strong moments, Bakken presented a surprising mix of musical portraits, primarily of her own creation. Some personas were obviously her; many others were also in the affirming audience, apparently.

Having adapted more-jazz oriented arrangements on previous albums, like her collaborations with Wolfgang Muthspiel, here Bakken was a country flavored blues balladeer. What made the show exceptional was the offbeat, spontaneous quality to Bakken's musings, as the trio harnessed percussive visions of what might be explored if Tom Waits covered Leon Russell's Carney (Shelter, 1972), with female vocalists.

After a brief piano introduction hinted toward Patscha 's foundational strength, Bakken emerged from behind a shimmering blue curtain, and opened with "Any Pretty Girl" to excited applause from a group that held plenty of serious devotees, quickly swept into rapt gazes as Bakken established the strength and character of her traditionalist approach. Initial keys briefly overrode subdued guitar strums, but Bakken's anchoring voice kept things well-balanced, until technical adjustments were applied. 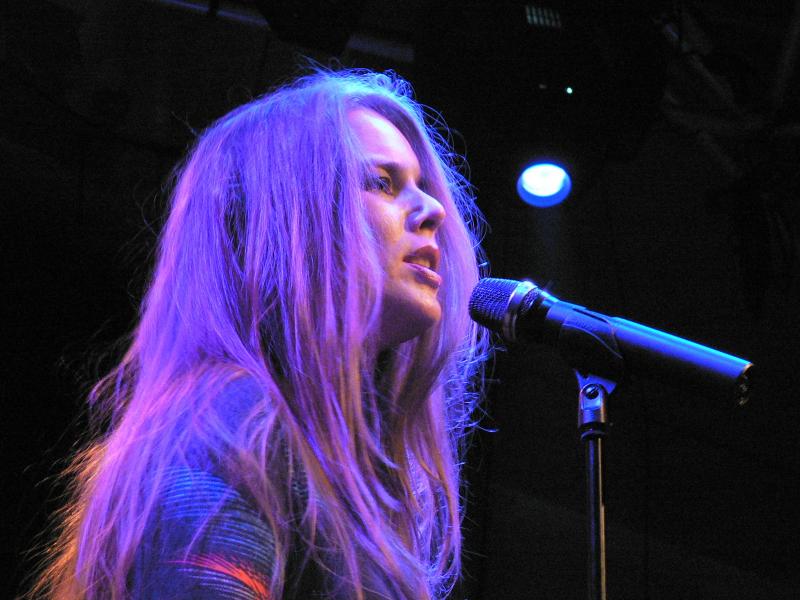 While the Norwegian Bakken has lived and worked in places like New York City and Vienna, many pages of her songbook could waltz up music row from her down home, global perspective. Four songs in, Bakken paused to consult with her sound man and took the opportunity to bond with the crowd. The vibe was alluring, and a good tone level became damn near perfect.

"Powder Room Collapse" was another example of Bakken's uniquely charming balladry, packed with personality and tastefully light on the syrup, riding a well-envisioned Wurlitzer wave. The performers peaked in separate delivery zones until the song's finale, when they nailed unified notes in a crescendo of exemplary effect.

When Bakken switched to her native tongue for the first of three old folk tunes, Miller got extended solo time, drifting like a mist of muted reverb over Patscha's effective punctuation that kicked in like a rhythm section under Miller's peddle effect. The stirring exchange was fresh ground for piano as bottom.

The show progressed with a wide diversity of song forms, especially if you're talking trios. Bakken repeatedly pulled off the transition from semi- camp comedy to yearning ballad, no easy feat. Some of Bakken's more accessible tunes like "No Easy Way" and "I Can Always Forget " are very pop flavored, but with enough depth to be substantial. Both tunes from Morning Hours (Emarcy, 2009) were crowd favorites.

The mood got even lighter when Dillon's metal stool collapsed and sent him into an exaggerated sprawl while the crowd cheered along. Maybe they should incorporate that bit into the show.

There were a couple lapses in energy, when slower intros took a little too long to establish the mood. In the distinct little sound box of a club, any bathroom-break footsteps could be clearly heard on the stairs.

The trio closed strong, with "Hard to be a Loser," originally a hard-rocking jazz romp, now sublimely stripped down for acoustic blues that soared. Bakken can conjure a Judy Collins type sweetheart, but she's more effective when she's belting it raw.

The high spirited set ended on a laidback lark for a very pleased audience, with Bakken doing a pair of solo encores at the piano: Alison Krauss' radio-ready "Ghost in This House," and the new work in progress, "Innocent Thief at Night."

"I think the fewer people onstage, the more responsibility," observed Bakken on her group dynamic. "You have to feel and be the music more. It makes me really aware of my role, and to take responsibility for my expression and communication with everyone. In a way, writing and playing are exactly the same thing. Onstage, everybody is affecting the moment. The song is not mine anymore, either; the people share the creation. Everything affecting the moment is part of the musical happening." 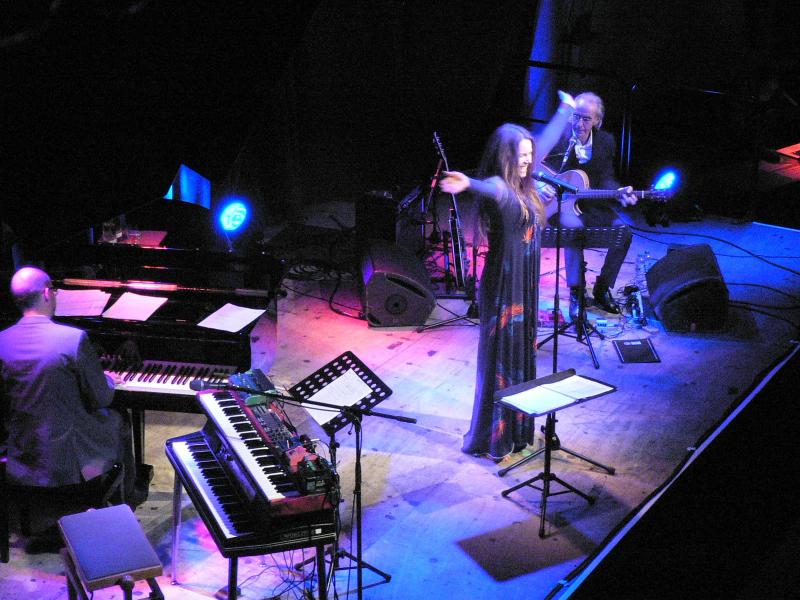 A lot was happening onstage at Zakk.

It's probably too bad there are precious few high-quality videos of smaller scale performances like Bakken's. Then again, the rarity of un-captured, one-night-only affairs like this, with a talent like Bakken, is what makes such club concerts an enduring, vital force in the first place.