Rebecca Kilgore with the Harry Allen Quartet at the Jazz Showcase 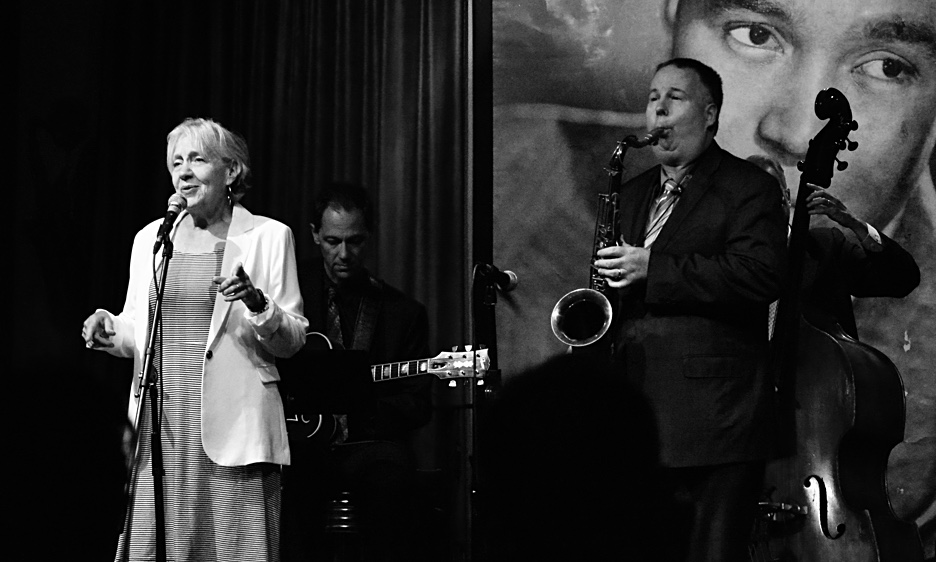 September 8th 2019 was the final night of tenor saxophonist Harry Allen and vocalist Rebecca Kilgore's four-day tenure at Chicago's historic Jazz Showcase. Despite it being a Sunday evening, the place accommodated a relatively large and attentive audience.

The set started off with Allen stretching out on a few standards and on his own brand new original, a tender ballad called "I Guess." In peak form he demonstrated his signature warm breathy tone and sinewy lines on soulful improvisations on the main themes of these tunes.

Kilgore joined the quartet for the second half of the set. Her expressive singing and honeyed voice floated over the band's effervescent refrains. Kilgore's spare, understated swinging approach to such classics as "Summer Night" and "Fly Me To The Moon" got to the very heart of these compositions and exposed their vibrant core.

Having recorded together Kilgore and Allen were quite in sync with one another on stage. They demonstrated this well as they alternated turns in the spotlight and subtly embellished the melodies. The songs flowed seamlessly and with a graceful lilt between Kilgore's vocal cords and Allen's tenor saxophone.

Kilgore, Allen and his quartet certainly did justice to the legacy of this 72 year old venue and the well loved music they interpreted. Their virtuosic performances and superbly rendered pieces made for an enjoyable and engaging hour and a half and concluded the weekend on a high note (no pun intended).