By Bruce Lindsay
January 11, 2020
Sign in to view read count 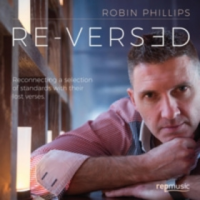 Time After Time; Spring Can Really Hang You UP The Most; It Had To Be You; As Time Goes By; These Foolish Things; On Green Dolphin Street; They Can't Take That Away From Me; A Nightingale Sang In Berkeley Square; Don't Blame Me.