By KARL ACKERMANN
November 1, 2015
Sign in to view read count 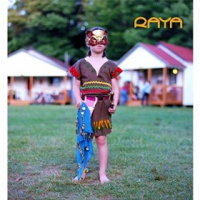 The Balkans. Centuries of unrest, revolution and occupation have left much of the region without a clear identity to the point where historians are inconsistent on which countries accurately form its constituency. Culturally, an organically developed assimilation took precedence over national boundaries and a type of regional folk music called sevdalinka, along with strong elements of Gypsy music, became most prominent. If one were inclined toward this dark, somber style, its integration with other genres was a long time in the offing.

Jazz groups like pianist Michael Jefry Stevens and bassist Joe Fonda's led Eastern Boundary Quartet have infused elements of Balkan folk music into their compositions as has guitarist Brad Shepik and a handful of others. Those examples are a far cry from the traditional (and regionally more popular) Balkan brass band format that dates back to the early 1800s and—for the most part—whose instrumentation has changed little. The accordion, a traditional instrument front-line instrument in sevdalinka, was a natural cross-over to the brass bands.

Over the past seven years, the Raya Brass Band has been winning hearts, minds and ears playing everywhere from NYC Subway stations to Lincoln Center to the middle of the Brooklyn Bridge; the latter location being the approximate home-base of the group. This wildly eclectic band's previous album Dancing On Roses, Dancing On Cinders established their personal twist on the genre with contagious grooves. With their new CD, Raya, the group moves to another level.

Percussionist Nezih Antakli replaces EJ Fry; Rich Stein—on snare drum and percussion—has been added to a lineup that includes the two main composers Greg Squared on saxophone and trumpeter Ben Syversen. The sextet is completed by the excellent accordionist Matthew Fass and Don Godwin on tuba. Godwin also penned "Dren Gajda" and "Club Mono." The influences are many and far reaching with the opening "Unify" boasting of a strong salsa flavor while "Sugar and Salt" clearly owes some of its tone to the Celtic style. The highlight of Raya is "Sunken Angels," a cinematic and sweeping piece with great leads from Syversen and Fass.

The compositions throughout are high energy with only "With Every Drop That Falls" slowing the tempo a bit at an appropriate mid-point of the album. Despite the multicultural inputs on of Raya the music rarely moves to obviously defined styles but opts for a more understated blend. The musicianship and writing here are brilliant and Raya has clout and is full of revelations.