By NORMAN WEINSTEIN
April 17, 2004
Sign in to view read count 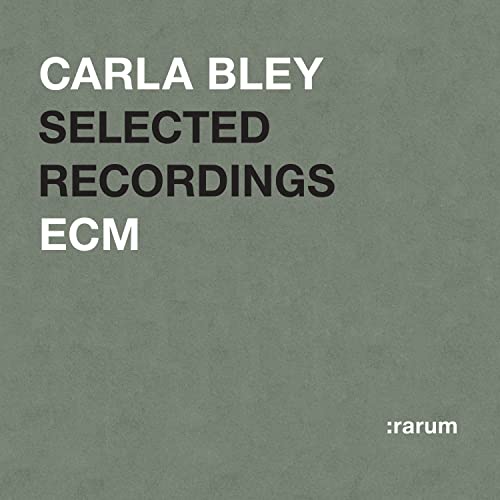 ECM has recorded the gifted and goofy composer and keyboardist Carla Bley for three decades, and this single disc career retrospective is a brilliantly compiled testimony to the breath and depth of Bley's singular talent. Until Bley, humor in jazz was primitively realized at best (e.g. vaudeville antics of Slim & Slam, Dizzy's hipster's jokes). She actually brought a cosmopolitan wit to jazz, a jazz player who knew Satie not as a tonal impressionist so much as a musical trickster. This disc opens with that facet in our faces, "Baseball," her octet's musical evocation of the noises associated with the game quite cooly and tunefully arranged. "On the Stage in Cages," does an equally humorous portrait of circus sounds, drawing perhaps on her other classical wellspring, Charles Ives, performed by her thunderous big band.

These bits of jazz humor, uproariously memorable as they are, represent just a fraction of this disc. There is a bit of a proto-bop daredevil jam ("Chicken") with long-time musical comrades bassist Steve Swallow and saxophonist Andy Sheppard, a touch of elegant big band tone-poetry ("Fleur Carnivore"), and a rock/jazz/neo-Wagnerian opera with a guest vocal by Linda Ronstadt ("Escalator Over the Hill"). Closing the disc is the dryly abstract Bley tune "Ictus," recorded by her ex-husband pianist Paul Bley on multiple occasions, this time with Steve Swallow and clarinetist Jimmy Giuffre.