By NORMAN WEINSTEIN
March 7, 2004
Sign in to view read count 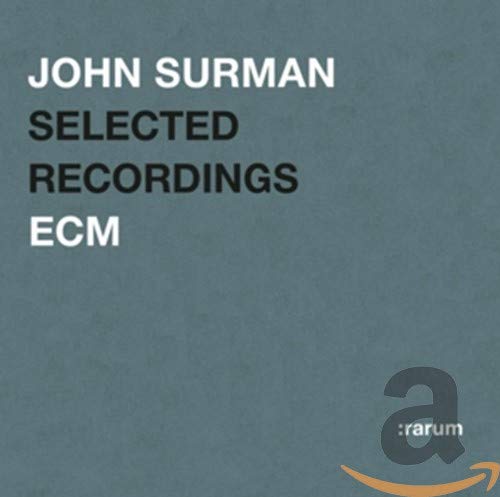 Here is a much needed career retrospective of John Surman, arguably the most impressive baritone saxophonist in the post-Mulligan era. ECM continues to treat its stars honorably by having them choose their own high points from their back catalog, and no one can fault Surman for being wildly eclectic. The problem is: the stellar horn man can be as devastatingly dull when overdubbing himself as he is dazzling in a band context.

Five of the thirteen selections present Surman overdubbing himself, particularly painful when he gets near a synthesizer. There is a looping, Bach-meets "New Age" synthesizer figure on "Edges of Illusion" that distracts from his brilliantly convoluted bass clarinet solo. It is surprising to think that a musician of Surman's sophistication could be seduced by synthesizer riffs worthy of Yanni.

But the high points are highly haunting. His pairing with the peerless Jack DeJohnette is totally absorbing. And his meshing with guitarist John Abercrombie on "Mountainscape VIII" is a vivid demonstration of that cooly abstract vein of Western European chamber jazz ECM has so devoutly documented for decades. Equally attractive is Surman's solid playing in the context of John Warren's "Brass Project."

No question about the uniqueness of Surman's vision: a kind of "birth-of-the-cool-celtic" romanticism, quite English, with a bittersweet, hymn-like lyricism. This could have been a better career overview without the overdubs, but we should be damned grateful for this showcase of his talent, synthesizer indulgence and all.