By ERNEST BARTELDES
November 25, 2014
Sign in to view read count 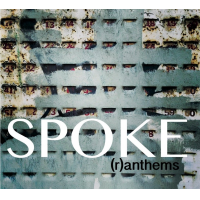 On (r)anthems, the New York-based ensemble takes various pop classics and favorite World Music tunes and reinvents them into their own flavor, either going into a New Orleans-tinged feel or just improvising around the melody. An example is Stevie Wonder's "Tell Me Something Good," which is re-purposed here into a marching band-like vibe. The Beatles' "Blackbird" (incorrectly credited solely to Paul McCartney) begins with the original guitar line as a duet. The ensemble then improvises freely around the melody.

One of the greatest surprises is "Clube da Esquina," a song originally recorded in the early 1970s by a collective led by Milton Nascimento whose musical innovations are revered in Brazil but little known outside Latin America. Their take on the song begins with a mellow bass and drums intro, with the melody being played after a few measures led by Justin Wood's flute and Andy Hunter's trombone. Also notable is the jazz standard "I Only Have Eyes For You," played here with a downtempo feel.

There are also a handful of original tunes. "Cancion Para Mi Madre" is a lively Latin-tinged piece that showcases the band members' individual talents, especially those of bassist Daniel Loomis and special guest Ito Arguinzoni. The "Shanghai Salsa" was written by Hunter, inspired by "the sounds of early a.m. construction inherent to life in China's metropolis." It is a very up-tempo piece with two distinctive melodic lines played by Hunter and Wood, reflecting on the pace of life in a big city.