By TOBY GLEASON
March 4, 2012
Sign in to view read count
(This article was first published at All About Jazz in May 1999) 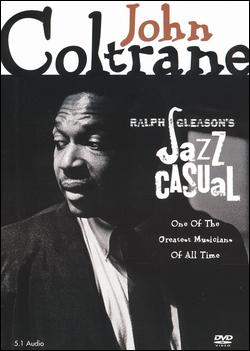 In 1959, Ralph Gleason had made his reputation as one of the leading Jazz critics of his generation; writing out of his Berkeley home for the San Francisco Chronicle and syndicated in as many as sixty-five papers around the U.S. and Europe. He was the author of liner notes for dozens of Jazz albums and was respected by both musicians and the industry for his honesty and integrity, and for his encyclopedic knowledge and intimate perspectives on Jazz and Jazz history.

And so, Ralph J. Gleason's Jazz Casual was born. The series ran from 1960-1968, and aired on the NET network in the U.S. Thirty-one episodes were originally produced, of which twenty-eight survive. Three episodes, the pilot, which featured Duke Ellington and Billy Strayhorn, one featuring John Handy in 1965 and one a various artists "Jam Session," have been lost or destroyed. None of the surviving episodes have been seen in their entirety in over twenty-five years.

The pilot episode was broadcast in 1960, on KQED in San Francisco, only; and unfortunately, its master tape was destroyed immediately after the initial broadcast. A unique piece of video musical history was lost to the world. An audiotape of the program does survive, and hopes are that it will be made commercially available in the near future.

People ask me about some of my memories of the musicians who appeared on the series, well... Dizzy was kind of my crazy uncle-figure; he would do nutty things when my dad would take me to see him. My mom was his campaign manager for one of his write-in runs for the presidency. Carmen used to always order me a "Roy Rogers" (the male equivalent of a "Shirley Temple") or a glass of milk when I would show up at one of her club dates with my dad. She'd kiss me on the cheek and leave her lipstick lip imprint on my face. Woody Herman gave me a ride in his Corvette and Vince Guaraldi taught me tricks on the yo-yo (he was some kind of a former neighborhood champion).

I don't consider myself an expert on Jazz, or Jazz history, as my father was. But I've enjoyed what I've learned, and more often than not, it's the local Jazz station that's on my radio these days.

I make mistakes, as I did when I created an instant collector's item by letting it get by me that it was the Norman Simmons Trio, not the Vince Guaraldi Trio, that backed up Carmen McRae, as I mistakenly stated in the first printing's liner notes. It's been corrected for later printings.

In respect to both the musicians and to the memory of my father (who died of a heart attack in 1975), the Gleason's have spent years tracking down the artists, their heirs or representatives, to obtain permission to release their performances on home video, culminating in the current, on-going Rhino Home Video release of the series.

Rhino, and future international distributors, will also have DVD products available of the Jazz Casual series and selected musical performances from the series may be released on audio CD.