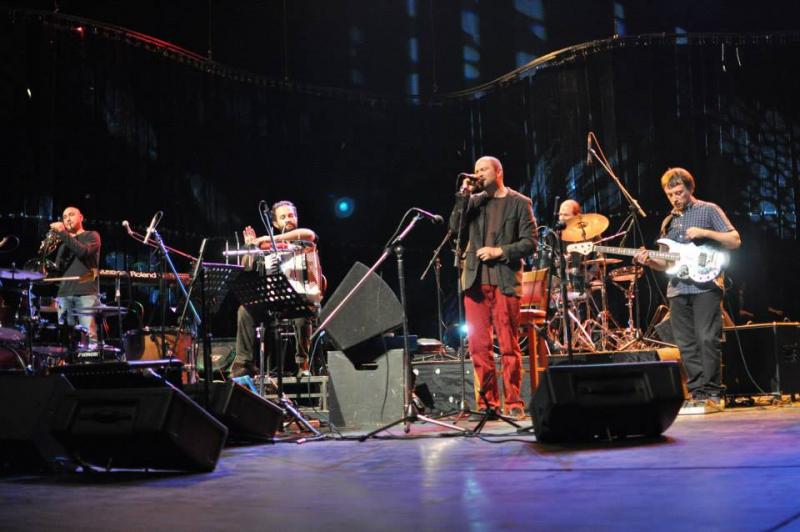 Bitola, one of the most beautiful cities in southeastern Europe, is a place that ignites the imagination immediately. With its tasteful and stylish architecture reflected in multicolored facades and European honorary consulates, it displays the city's rich history that stretches back into ancient times. The city blossomed most during the rule of the Ottoman empire when its importance as an administrative and military center (known then as Monastir) also contributed greatly to its rich and diverse multicultural heritage. It was a city where the father of modern-day Turkey and victor of the famed 1905 battle of Gallipoli, Kemal Attaturk, got his military education, as well as the city where the Manaki brothers in 1905 opened the first film studio and introduced the film camera in the whole of the Balkan region—and hence the city that now holds an Manaki Brothers Festival Festival.

The experience of visiting the city cannot be complete without enjoying a cup of coffee and repartee at the famed Širok Sokak (or Broadway) street as people promenade by, soaking up the last rays of the autumn sun. And recently it is the city which has begun organizing a world music festival that regularly brings both domestic and foreign musicians with music that sits on the brink between world traditions and jazz or electronica. This year the festival welcomed two stylistically opposed acts, Penelope X and oud master Rabih Abou-Khalil and his Mediterranean Quintet.

Penelope X is a project that sees the three stars of Bitola's own band Foltin joining hands with producer, composer and pianist Nikola Kodjabashia, drummer extraordinaire Goce Stevkovski, and a newcomer, keyboardist Džijan Emin. Although the band's album Penelope X (Filter, 2011) has been performed on several occasions throughout the world since it was released, this project has just had its first premiere in Bitola. Foltin's warm, melodic and playful music was brought together with pop, jazz, improv and electronica alongside Stevkovski's propulsive beats, Kodjabashia's delicate piano and strategies, and Džijan's keyboards and vocals.

From the moment the band took to the stage behind its instruments, it was on a mission to make the audience move their feet. But rather than starting with better known songs from their debut album, the band began the show with brand new ones (still unrecorded) such as "Director's Cut" and "Miro," which were then followed by "Dawn of the Rose-Red Fingers," "Penelope X," the playful "Kouros," and "Cinderella Man," the gentle and beautiful "To Whom do You Belong Now?," and ended with another premiere song, "Director's Haircut." With all the gear, the setting gave the impression of a sci-fi punk disco- -glittery and colorful. But it was the spirit that the group maintained with its shambolically enthusiastic presentation that kept the heart beating at the center of it.

This project has evolved a lot since its beginnings and has seen expansion by introducing new songs on the live set, and will expand into a brand new musical project or a musical that will have its premiere soon. Apart from several technical glitches and distractions, this band of merry men put on a beautiful, and at moments, funny show that easily bridged the divide between the cute, poppy side with the darker, electronica-friendly side. After the booming finale, the band trooped on to give a pleased theatrical bow.

The second part of the evening introduced the Lebanese oud master Rabih Abou Khalil and his Mediterranean Quintet. Khalil's music is a busy intersection where he and his international quintet explored the fertile ground between Arabic and Western sounds. For the next hour and half he led the audience on a globe-trotting musical tour that encompassed sounds from the Middle East mixed with the sounds of jazz improvisation. Khalil's partners were from all over the globe: American native but resident of Istanbul, Jarrod Cagwin on drums and percussion, Frenchman Michel Godard on tuba and bass guitar, Italian Luciano Biondini on accordion, and Sardinian Gavino Murgia on voice and saxophone. 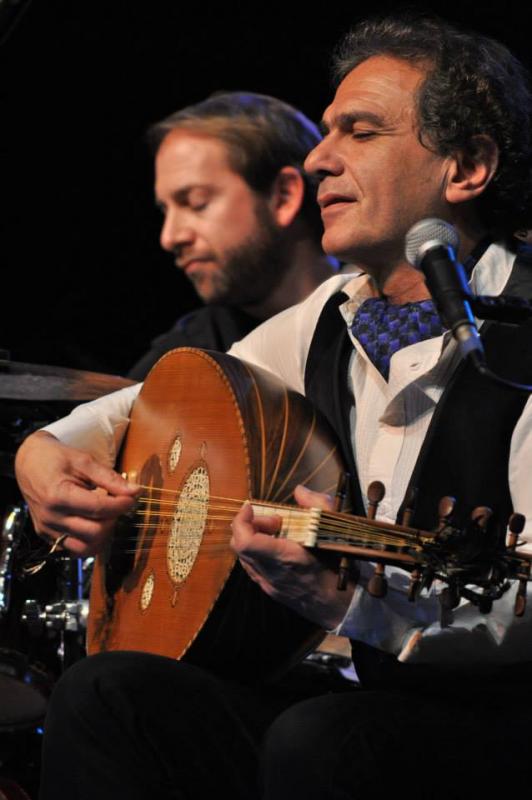 What Khalil chose to emphasize were songs from his recently released record Hungry People (Harmonia Mundi, 2013) which was, among other things, inspired by the Arab Spring. Always a witty band leader, Khalil began the evening by introducing the band members in a funny manner and provoking an avalanche of laughter from the audience. And the titles had interesting descriptive names: "Shrilling Chicken," "Lobotomy Mi Baba Lu" from Morton's Foot (Enja 2008), and "Shaving Is Boring, Waxing Is Painful." Throughout, Khalil was in his element with his expressive, entrancing and beautiful playing. Obviously in a good mood, he would tell a story that inspired some of his songs. "Fish and Chips and Mushy Peas" was inspired by a British food specialty that had once stuck to his fingers during a concert in London. Each composition was a highlight that in some way lifted the soul and electrified the feet, but definitely the most moving one was a tribute to the city of Beirut, "Dreams of A Dying City," A contemplative, mysterious song that unfolded slowly and gradually. It started as a duet between the oud and the percussion, where Cagwin changed the tempo, and when the rest of the band joined in, the melodies just melded beautifully with the accordion.

Khalil and his band skillfully balanced improvisation and composition in a setting that blended a plethora of styles and temperaments. Their interplay was very delicate and thoughtful, as everyone was listening as much as they were playing. It was a beautiful evening with each band member offering his own individual input towards a collective end.