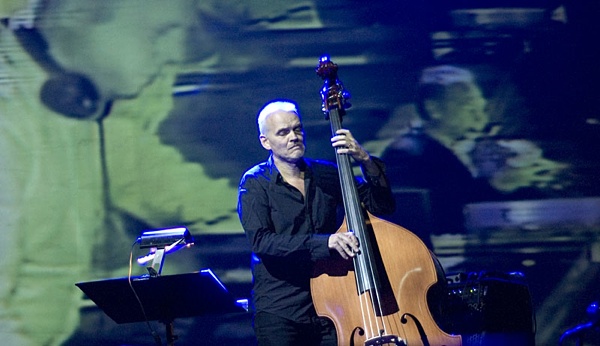 By JOHN KELMAN
September 14, 2010
Sign in to view read count

The trials and tribulations of international travel—flight delays, missing or damaged baggage, and increasing limitations on said baggage—can be enough to frustrate even the most patient and seasoned world traveler. But despite an almost incredible confluence of problems flying to Kristiansand, Norway, for Punkt 2010, once there all such problems were forgotten. Punkt is simply too important an event each year to be tarnished by extraneous (and, ultimately, irrelevant) distractions. Still, delays and the result of baggage issues effectively resulted in missing much of the first day—centered on the release of EDGE: Contemporary Music from South Norway (Self Produced, 2010), and featuring artists local to the region, including the remarkable saxophonist Froy Aagre, rock-edged improvising guitar power trio Bushman's Revenge, electronic musician Terje Evensen and forward-thinking piano trio Splashgirl.
It was a tremendous shame, but even catching only two of Punkt 2010's three days meant hearing a remarkable wealth musical innovation across a wide spectrum of musical styles in a short, concentrated space. Punkt isn't a jazz festival—its 2010 line- up included jazz performers to be sure, like trumpeter Nils Petter Molvaer, groundbreaking improv group Supersilent, the duo of singer Sidsel Endresen and guitarist Stian Westerhus, and saxophonist Hakon Kornstad, but it also featured singer/songwriter Unni Wilhelmsen, an 80th Anniversary concert featuring an Estonian choir performing the music of classical composer Veljo Tormis, and rock group Serena Maneesh. But with improvisation a key component of its defining concept—Live Remix—Punkt always easily fits within a broader jazz continuum.
Since its inception in 2005, Punkt's reputation has gained increasing visibility on an international scale—a true achievement, considering how physically small the festival is. But small though it may be, Punkt has always been a festival that thinks big.
Punkt takes place in a relatively small town of under 80,000 people, but small in Norway is a far different beast than small in North America. Kristiansand's Agder Theatre, with its 550-person capacity, will be replaced with Kilden in 2012—a stunning complex including a theatre more than double the Agder's capacity, but also encouraging artistic innovation and collaboration by housing a theater company, a symphony orchestra and more under one roof. That, in and of itself, would be enough to distance Kristiansand from any North American town of similar size, but the town also has an impressive art gallery, a lively cultural community with artists known on local, national and international fronts, and, perhaps most importantly, Cultiva: a local initiative, now a few years old, that invests interest income on sale of excess electricity back into local culture to support new initiatives. 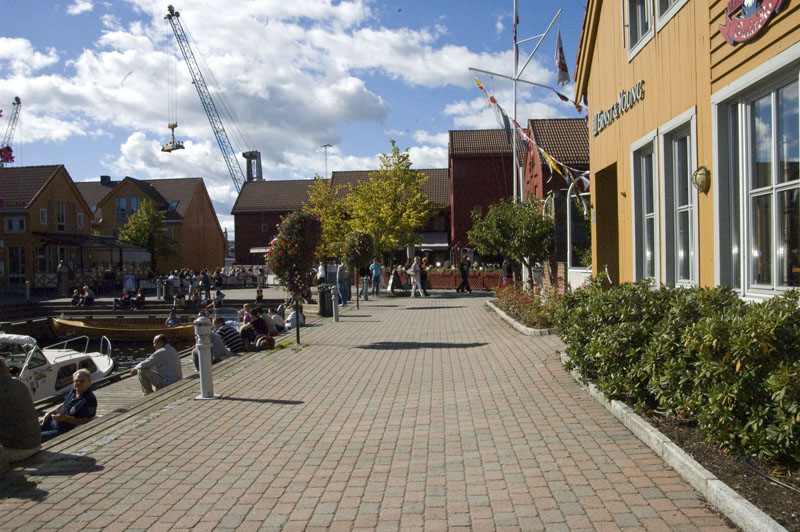 New initiatives like Punkt. When producers/musicians Jan Bang and Erik Honoré first conceived Punkt early in the 21st century, their concept of Live Remix was stunningly fresh and innovative. The two Artistic Directors envisioned a festival with no boundaries; where any style of music could be fodder for these Live Remixes, where concert performances were immediately followed, in another room at the Agder Theatre venue (The Alpha Room), with a performance that brought together other musicians to create further interpretation/expansion on—or, at the very least, music inspired by—the show that came before. The Live Remix often brought musicians together who had never met—much less played together—a real-time laboratory where the no-boundaries concert performances were inspiration for even more unfettered experimentation. That Punkt's Live Remixes can vary widely—from failed experiments to music that can actually surpass its source material—only means that, with Punkt, the journey sometimes means more than the destination. To be sure, some Live Remixes succeed more than others, but they're always worth experiencing.

But more than simply bringing an outstanding roster of performances and Live Remixes to Kristiansand every year for three or four days, Punkt is about an expanding network of people—musicians and journalists, yes, but also just plain friends—who believe in Punkt as a means to expand the frontiers of music in an organic and thoroughly positive fashion. And with Punkt as much a concept, a philosophy, an aesthetic, it's also a moveable feast, having been brought to London, England in 2008 and Mannheim, Germany in 2009. There are firm plans for a Punkt in Tallinn, Estonia in 2011, and discussions underway for possible forays into the North American market. You never know what is going to happen at Punkt; but you can be sure that, each and every year, existing relationships are strengthened, and new ones forged, that will result in future collaborations both within and outside the purview of the festival—and perhaps, even, a Punkt coming to a place near you. 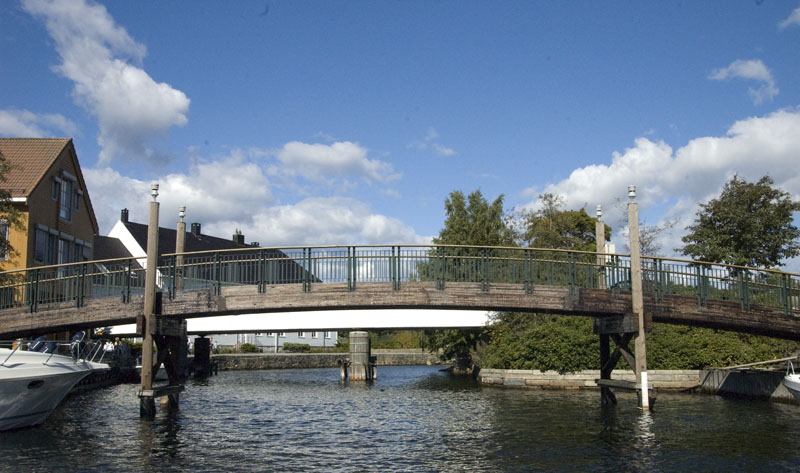 As innovative as Punkt is—a full history of the festival's conception and more can be found in an extensive 2010 All About Jazz interview with Bang, surrounding the release of his first album as a leader, the deep, dark and beautiful ...and poppies from Kandahar (SamadhiSound, 2010)—like any festival, it faces the challenges of longevity; even an innovation as groundbreaking as Live Remix can become stale over time. With the festival in its sixth year, Punkt now faces the same challenge of all established festivals: how to remain relevant?

With a track record that has seen Punkt expand into new areas—musically and otherwise—each and every year, there's little chance the festival will lose its creative edge or its growing reputation as a point in time, a place in the world, where innovation is de rigueur and attendees can be assured, each and every year, of experiencing one-time events—sometimes planned, even more often completely unexpected—that will never be seen or heard ever again.

Faced with the same challenges of global recession as all festivals around the world, Punkt 2010 chose to reduce to a three-day festival, rather than the four days of 2009—a clear sign of the festival's uncompromising dedication to quality over quantity. It may have been a shorter run, but, if anything, Punkt's attention to quality actually improved in 2010. There was the usual pristine sound in both the main theatre and The Alpha Room, thanks to a remarkable seven-person team of sound engineers; and Tord Knudsen's main theater lighting continued its track record of augmenting each and every performance with visuals far beyond that of most festivals. In order to place the focus on the laboratory-like nature of the Live Remixes, The Alpha Room has traditionally featured no set design or special lighting, but, for the first time, the 2010 edition of Punkt included some very spare lighting and understated attention to how the artists were set up in the 250-person room, successfully creating a visual shift between Live Remixes that mirrored the significant set design changes on the main stage, but without distracting from the most important aspect of The Alpha Room: the musical experiments taking place.

In addition to a remarkable lineup that brought Supersilent to Punkt for the first time, and saw the return of festival regular Nils Petter Molvaer with his new trio, and the CD release concert for Bang's ...and poppies from Kandahar, Punkt Festival 2010 featured a surprise guest who, already a legend in the history of rock and roll, will Surely place the festival on the radar of an entirely new demographic. But more about that later.

One of the world's most innovative singers, Sidsel Endresen has, over the past three decades, honed a distinctive improvisational approach based on the creation of tiny vocal cells—orthodox and unorthodox techniques that range from odd linguistics to reverse-sounding utterances, stuttering gutturals and, at the core of it all, a profoundly beautiful approach to melodism. Ultimately becoming a seamless part of her musical DNA (the way extended techniques do for other instrumentalists), Endresen combines these cells in a weird and wonderful approach that, in addition to placing her voice upfront as is its conventional role, also allows her to act as a textural, accompanying backdrop. 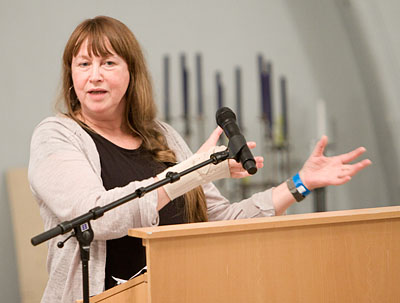 Watching Endresen—or listening to her work on albums such as One (Sofa, 2006) or, even better, in a group context on Live Remixes Vol. 1 (Jazzland, 2008)—it's hard to imagine just how she conceived her inimitable improvisational approach, but in a repeat and expansion of her 2009 Punkt Seminar, the singer not only shed some light on how she does what she does, but used her audience to show them, by encouraging participatation in some directed free improvisation.

Over the course of 50 minutes, Endresen gradually introduced concepts of melody, time and dynamics, pushing her audience, most importantly, to listen to what was going on around them, and learn to respond...sometimes with silence, as Endresen emphasized the fact that, in improvisation, the act of not singing is as intentional and active a choice as singing itself.

Of course, Endersen's discourse about how she came to her very personal style was just as enlightening. Not a fan of scat singing—though with no shortage of appreciation for those who do/did it, such as Ella Fitzgerald—Endresen's early days in the pop/jazz world could have been enough—and would have been, for most singers. But Endresen was dissatisfied, and relatively early in her career, chose a path that challenged what the human voice could do, and what its roll was. Not content to be a frontline instrument, Endresen began to explore ways to allow the voice to become a background texture; to resolve the linear connection of singing, find new means of expression and dramaturgy using purely musical parameters, imbue influences from a variety of cultures without actually imitating them, and find a way to reconcile intuition with intellect.

It was an enlightening seminar, where Endresen led by example but managed, by encouraging audience participation, to not only articulate how she has developed her unique (and still evolving) vocal approach, but captured and imparted some of the true essence of improvisation, dispelling some of the fear and uncertainty often experienced by newcomers to its basic tenets.