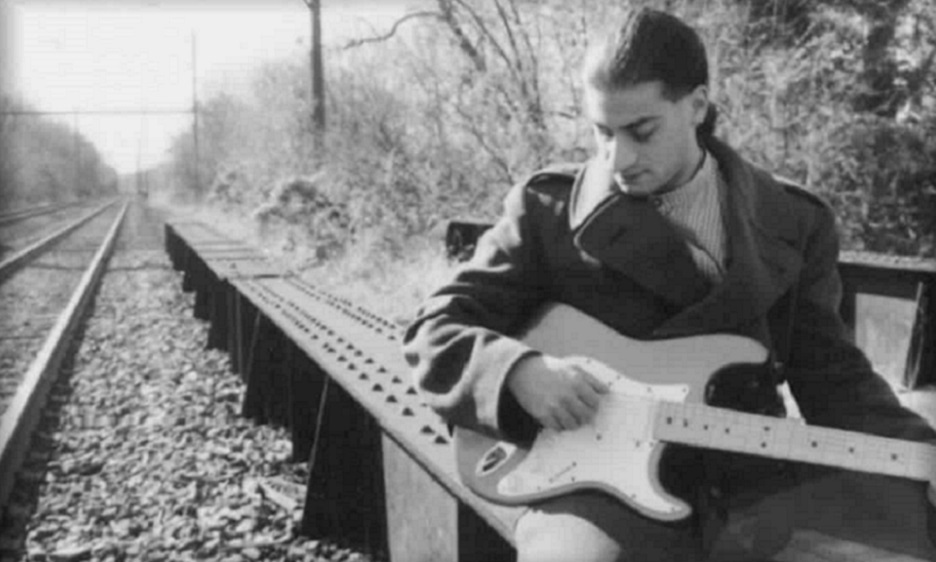 By B.D. LENZ
December 20, 2018
Sign in to view read count
I wish someone had warned me about the two biggest press kit photo clichés before I perpetrated both. These are either getting your picture in front of a brick wall or next to railroad tracks. They're easily the most overused backdrops in all band press kits and, like every other offender, I believed I looked thoughtful and profound when in fact I looked like a transient waiting for the 5:30 express. I've seen others where a guy is holding his saxophone in the middle of the forest. Yes, the scenery is pretty but you're a musician and not a lumberjack.

But let's use this example to enter into a broader discussion of press kits and what they should and should not include. In the electronic age it's important to have an EPK (Electronic Press Kit) somewhere, either on your own website or through sites like SonicBids.com and ReverbNation.com. You need a place to direct people interested in booking your band that has all your info in one organized place on the web. But some people still prefer the old fashioned physical kits, including a picture, bio, CD, and press quotes, so you should have both and they should generally have the same info.

If possible, keep your press kit to one page but make it say a lot.

The first thing on there is your bio. Who are you? Where are you from? What kind of music do you play? What have you accomplished? But keep it short. The biggest mistake I hear from booking folks is that most bios are too long. If they have a stack of press kits they don't have the time to sit and read about how you were voted "most musical" by your High School Senior class. They might be interested in someone famous you've studied with but they're definitely interested in things like where you've played, who you've played with and who you've recorded with. In designing your press kit, you have to keep in mind the motivation of booking people. They need to find quality musicians/bands that can bring people into their venue. With that in mind you have to demonstrate whatever successes you've had towards that aim.

Early on I made the mistake of adding adjectives that were a little too grandiose and boastful. If you claim to be the "hottest" saxophonist or the "next sensation" of guitar players it really screams amateur to people in the know. Let your press kit speak for you and avoid the exaggerations.

On my press kit, I have a bio that is under thirty words that says who I am and what I do (North Jersey-based contemporary jazz guitarist/composer... released ten CDs... blah, blah). I have another section with press quotes. You have to play to your strengths and I've been fortunate enough to have accumulated some really nice endorsements. If you don't have that yet, maybe you can get quotes from a well-known musician(s) you know, have worked with, or have studied with, praising you. If not, leave it off altogether.

I have another section where I list the five or six most prestigious gigs I've played. It also has a list of my most distinguished TV placements and also mentions my endorsement with a particular guitar maker. I also have a brief discography. Again, I stress brevity because, in one quick look, a booking person can quickly see your successes in a variety of areas and conclude that you're at a professional level—hopefully, suitable for their venue.

Sometimes, particularly if it's a festival, they will require more than just a one-sheet press kit. They might want copies of some recent press you've received and they might also request a technical rider, input list and/or stage plot. In short, a technical rider is a list of specific equipment your band would need if it were provided by the venue (e.g. mics, amps, drum kit). An input list is for a sound man to know how many channels you will need in his soundboard, and what instruments he needs to mic or take a direct signal from. Lastly, your stage plot shows the physical layout your band will take onstage.

Having this information at the ready is important and shows that you are professional. Even better, it makes you look like the kind of artist that would not pose in front of a brick wall or railroad tracks.