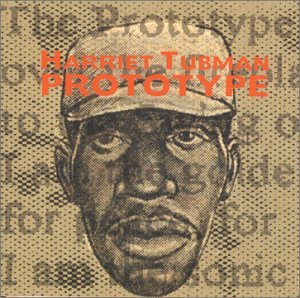 The second ‘strange meeting’ between the members of the thumping power trio known as Harriet Tubman was recorded live in New York, Finland, and The Netherlands. Why bassist Melvin Gibbs choose to reincarnate his previous band Power Tools can be answered by noting the sales of powered amps and woofers over the past decade. Gibbs, guitarist Bill Frisell, and drummer Ronald Shannon Jackson conspired in the late 1980s to play noisy loud power-jazz. Gibbs learned it from Sonny Sharrock, played it with R S Jackson. Frisell, new to NYC, was gigging with Vernon Reid and soon to start Naked City along with John Zorn. We know where Frisell is today, mellowed into a folk-jazz that fits his soul. Shannon Jackson may (rumors abound) have retired from performing and that leaves Gibbs. The one time bassist for Defunkt, Arto Lindsey, John Zorn and muscle head rocker Henry Rollins just had to revisit these roots.

He enlisted drummer J. T. Lewis who has played with everyone from Tina Turner to Henry Threadgill and guitarist Brandon Ross who has recorded with Butch Morris, Cassandra Wilson, and Gibb’s Cold Sweat (James Brown) project.

The music is a viscous mix of pounding bass, borderline distortion and whirling drums. The passive parts anticipate the thunder to come and Gibbs can bring the noise. Lewis is a multidirectional drummer, not forced into simple grooves or single thoughts. His clever beats keep this affair on the adventurous side. Ross’ guitar (to his credit) doesn’t get caught up in playing follow the noise. He weaves interesting lines above, behind, but rarely in conjunction with the powerhouse Gibbs. This music will move you, although dancing to it might be risky business.

Of Passage; Slide Rule; My New Puppy; There Goes The Neighborhood; The Prototype; Adapted; Chief Of Police; Frozen Fire; Wild Seed; Where We Stand.